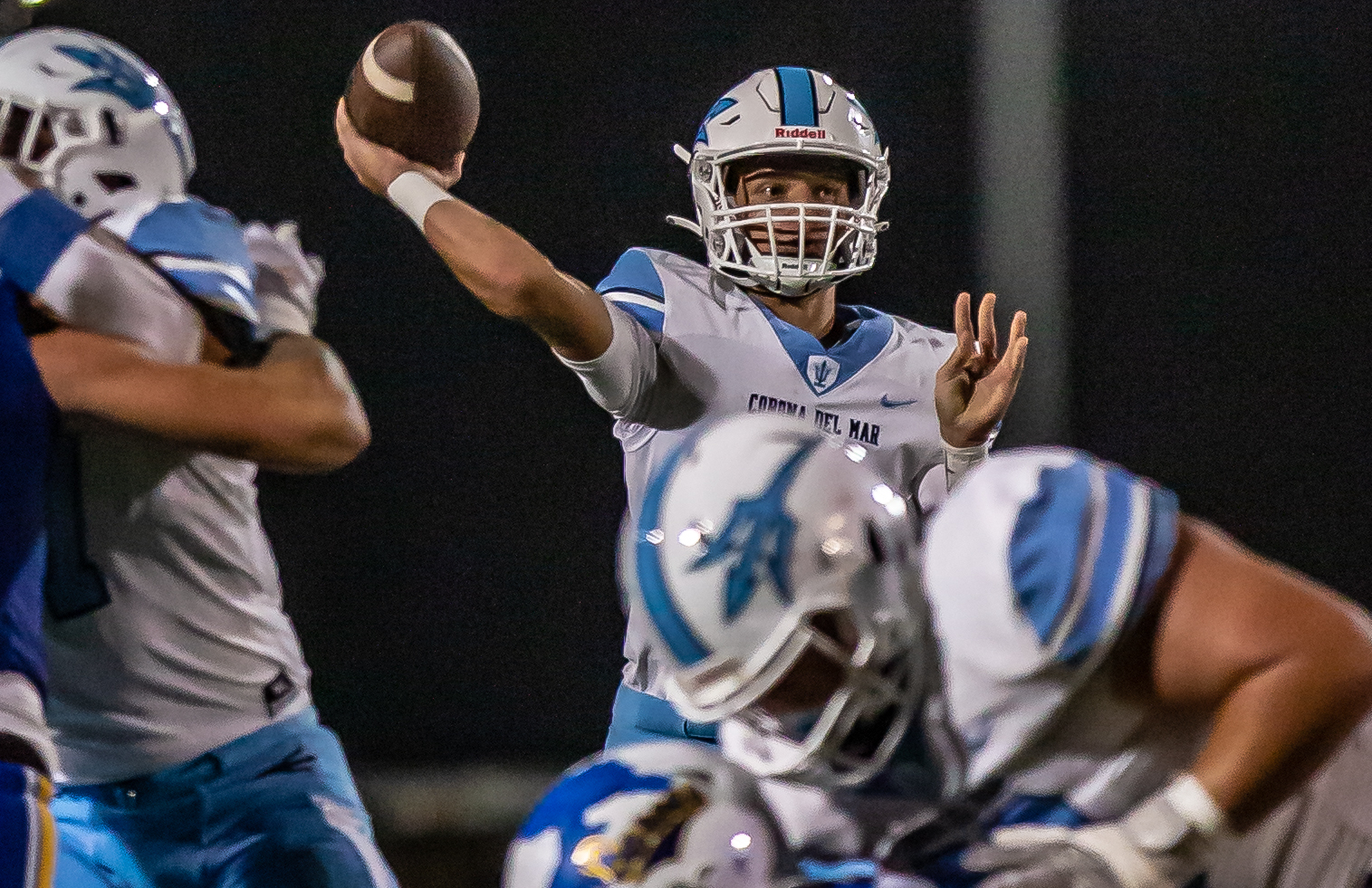 Preview: Both teams coming into the 2nd game of league with huge wins in their league opener a week. Corona Del Mar with a 42-7 win over Fountain Valley. Los Alamitos with a huge 61-21 win over Newport Harbor.

Los Alamitos (4-2) with 2 tough loses to American Heritage and Basha in preseason but was without the number 1 Defensive Tackle in the country, TA Cunningham. Who just got cleared by CIF last week. Griffins also are led offensively by 2 5 star USC Commits, Senior Quarterback Malachi Nelson and Senior Athlete Makai Lemon.

Corona Del Mar (5-1) ready for the toughest stretch of the season after defeating Fountain Valley and Cooper Hoch having 4 TDs but have 2 great D1 Quarterbacks in David Rasor and Kaleb Annett, expect both to share time on the field this week like we saw in the Fountain Valley game.

Prediction: Griffins take down the Sea Kings at Davidson 45-15