GAME RECAP: Saddleback gets past LA Valley in Game 1 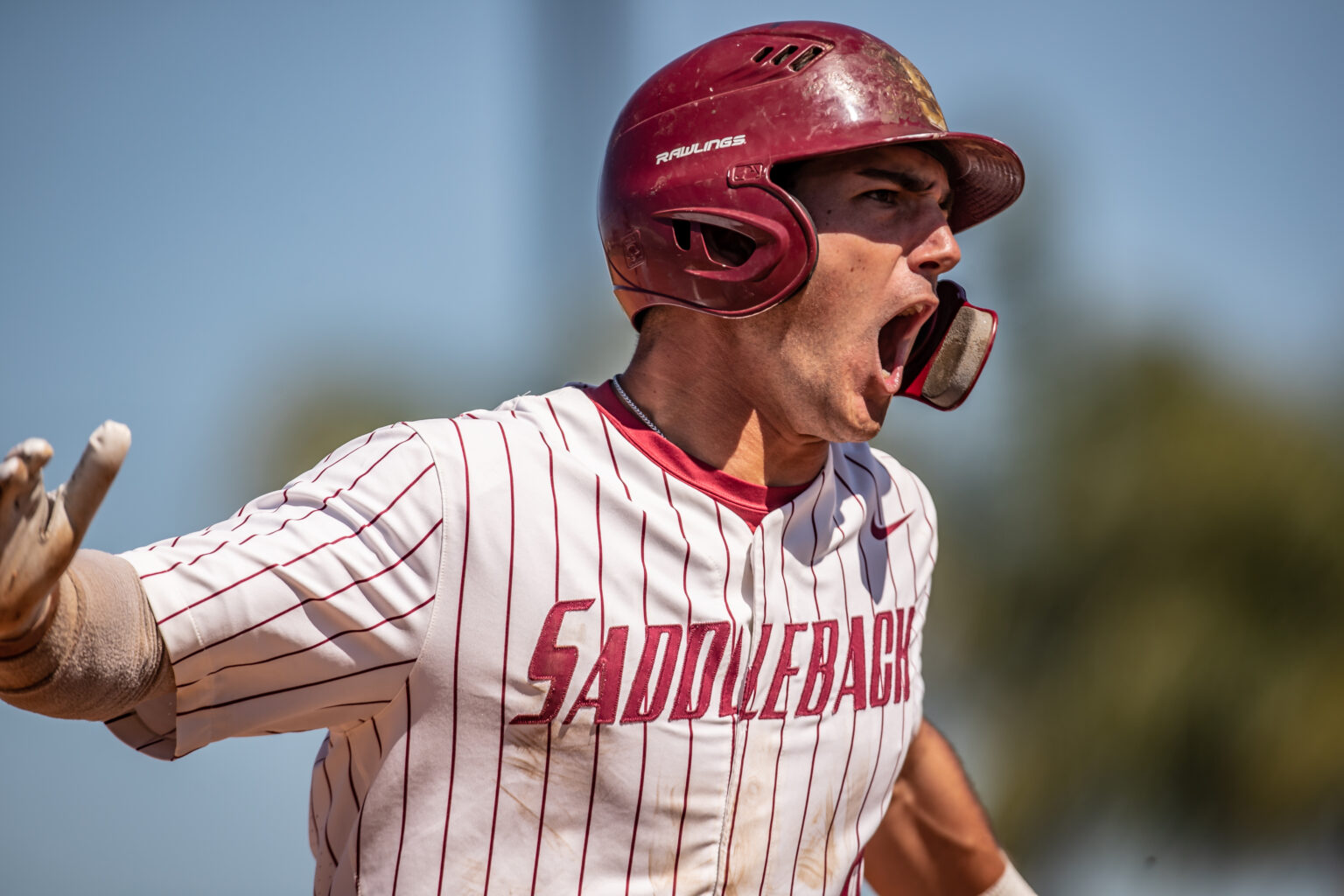 MISSION VIEJO, CA-  Coming into the game with a 13 game win streak for the Bobcats and their bats have been hot with everyone in the lineup above .310 batting average. They knew in game 1 they’d have to carry that momentum and they did exactly that.

LA Valley came out strong adding one in the 1st on a 2 out single by Wood scoring Asher. Wilford would then respond well getting the next guy to pop out.

Bobcats followed in the bottom of the 1st with 2 hits of their own and an RBI Single by Cole Koniarsky scoring Jordan Dissin.

Connor Wilford looked strong the next six innings allowing only 2 more hits, striking out 9, on no runs.

Saddleback would then have 2 massive innings scoring 3 in each in the 2nd and 3rd and a big one came on Lance Gardiner’s RBI Triple scoring Zachary Schwartzberg but the play of the day has to go to Jacob Naso, robbing what could have been at least a triple for Asher

Bobcats would then go on to win this one 9-1 to take game 1 while improving their win streak to 14. They will play tomorrow morning at 11am back at Saddleback College for Game 2 of the series with hopes to advance to the Super Regional.