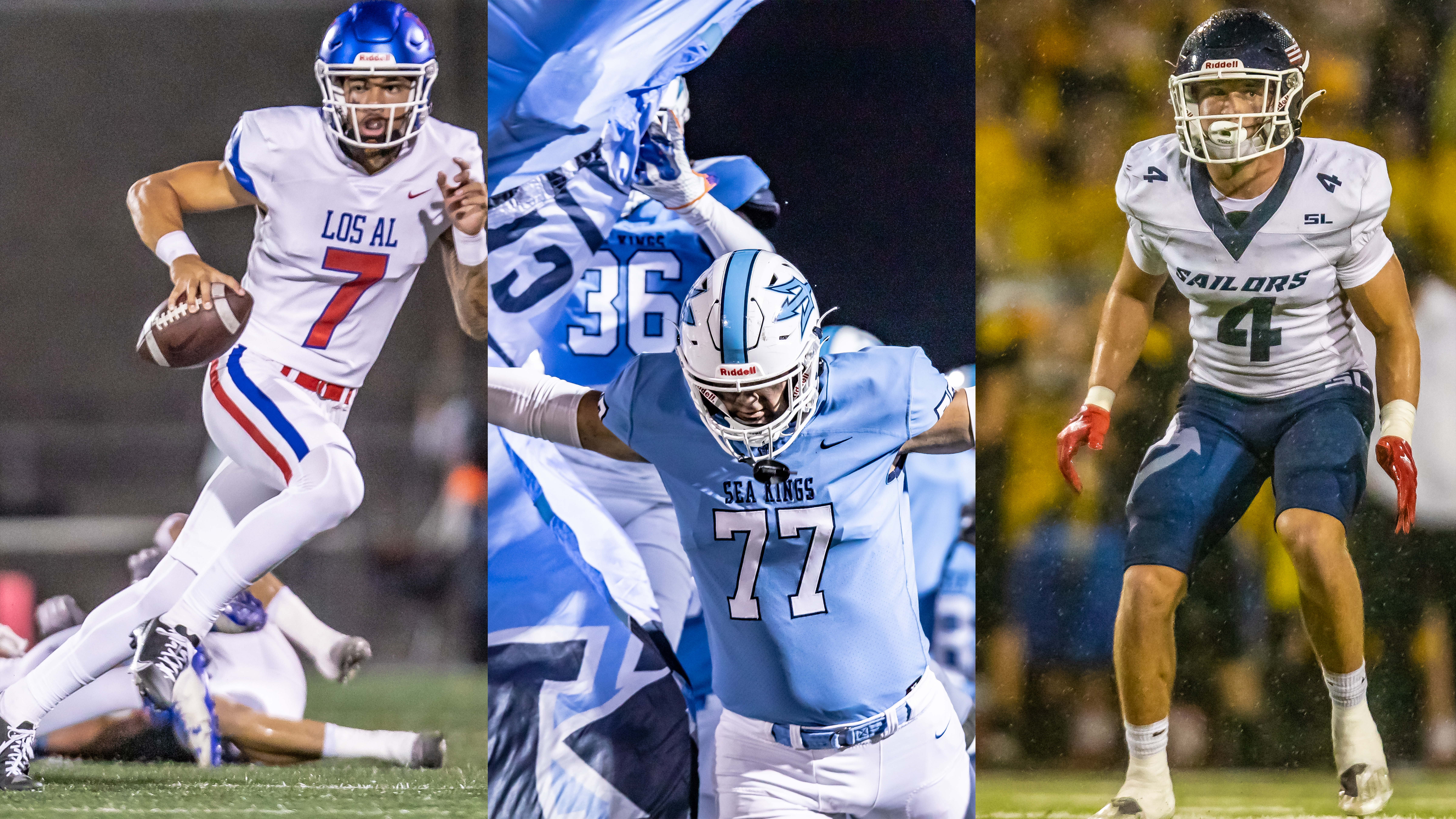 PREVIEW: For the first time since September 25th, 2015, a Sunset League opponent is taking on Mater Dei. When Edison took on Mater Dei at the Santa Ana Bowl and lost in a 42-26 game. Mater Dei coming into this one as the number 1 team in the nation. This time around it’s the Los Alamitos Griffins that’s taking on the Mater Dei Monarchs for a trip to the Rose Bowl in the CIFSS Championship game next week on the line. Last week, Los Alamitos took on Long Beach Poly in a 52-42 victory, with Senior Running Back, Damian Henderson putting up 4 TDs. On the other side with Mater Dei, in what will be Head Coach Bruce Rollinson’s last season with his retirement announcement a week ago. The high powered Monarchs are led all over the field and it starts at Quarterback with Junior, Elijah Brown.

PREDICTION: Los Alamitos gets tested and won’t be able to get it done with the Monarchs advancing to the Rose Bowl 56-34

PREVIEW: Another big OC vs OC matchup this week with the Sea Kings and the Mustangs. Corona Del Mar who’s coming off a big win last week in the Quarterfinals against Chaparral 41-28, with David Rasor picking up 6 TDs, Cooper Hoch getting 3 of those. On the other side of the ball Yorba Linda 22-1 in the last 2 seasons their last loss came a year ago in the Division 2 Playoffs losing to Bishop Amat on the road 44-21.

PREDICTION: Sea Kings with a close win over the Mustangs 34-31 to hand Yorba Linda their first loss to advance to the CIFSS Championship

PREVIEW:  Newport Harbor coming off another huge win last week over Newbury Park 49-28 in the Quarterfinals. On the other side, Cypress coming off a close 1 point victory over Millikan 29-28. As both teams look for a chance at the CIFSS D4 Championship.

PREDICTION: Sailors hand Cypress their first loss of the season to advance to their 2nd consecutive CIFSS title game 28-24