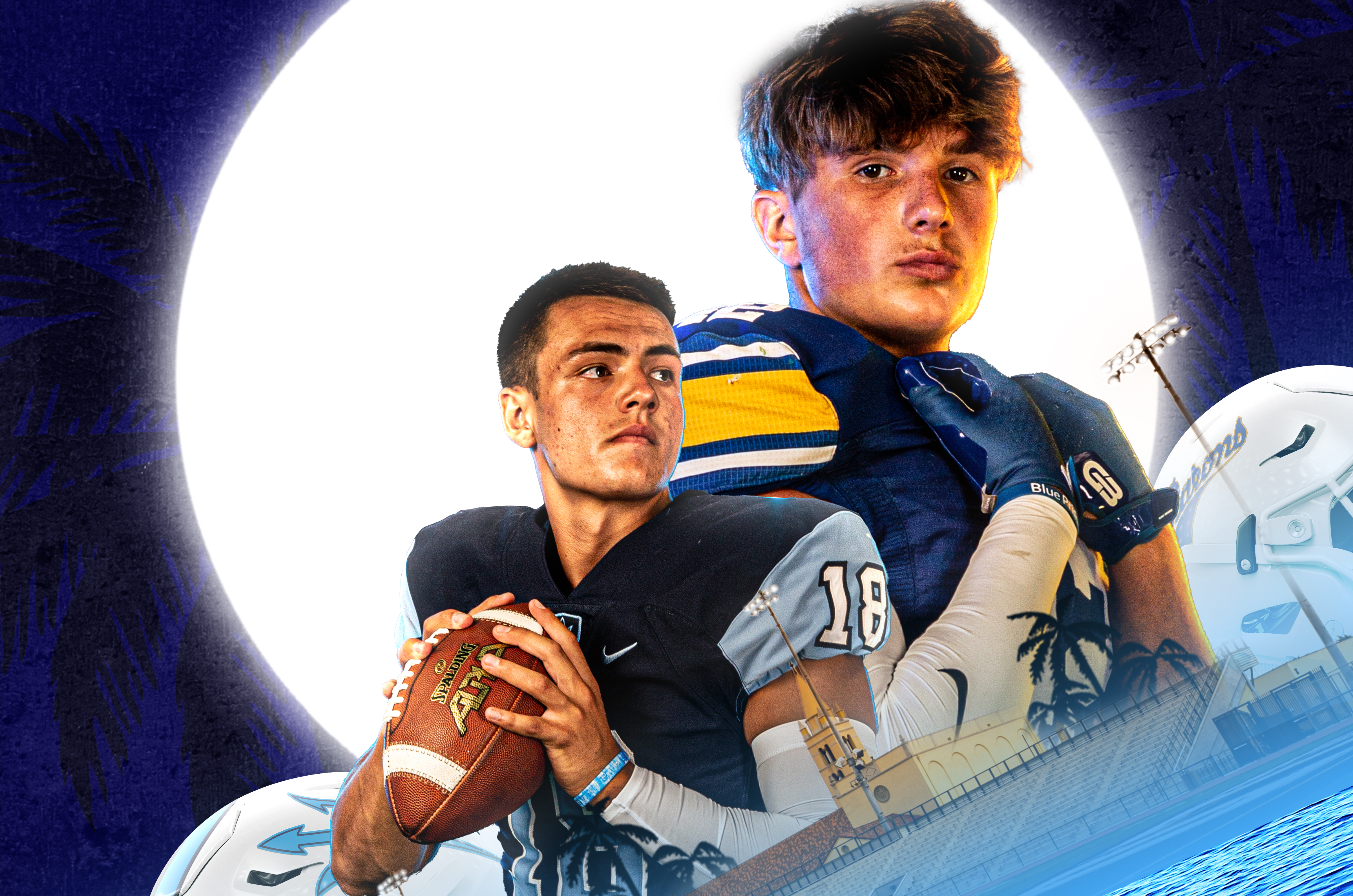 Preview:  Sunset League Football is back tonight, on the campus of Huntington Beach HS at Cap Sheue Field, with the 4-1 Corona Del Mar Sea Kings traveling to take on the Fountain Valley Barons.

The Barons have surprised people this season after their 1-9 record last season are ready to make some noise this season in league and sneak into the playoffs after a 4-1 start with wins over Valencia, Marina, and Aliso Niguel and a huge shutout victory over El Toro 38-0. They will have a tough test tonight though with the Corona Del Mar Sea Kings. Led by Junior Quarterback Noa Banua with 719 passing yards through the first 5 games of the season and Senior Linebacker Caine Elroy leading the Barons at tackles with 45 tackles.

On the other side, the Corona Del Mar Sea Kings come into this one 4-1 with a close win in their last one over San Juan Hills, led by Cooper Hoch’s 2 TDs. The Sea Kings have definitely caught the injury bug this season but have to feel relief with senior quarterback David Rasor returning tonight after missing the last 3 games due to a leg injury.

Prediction: Sea Kings open up league with a 35-21 victory over the Barons