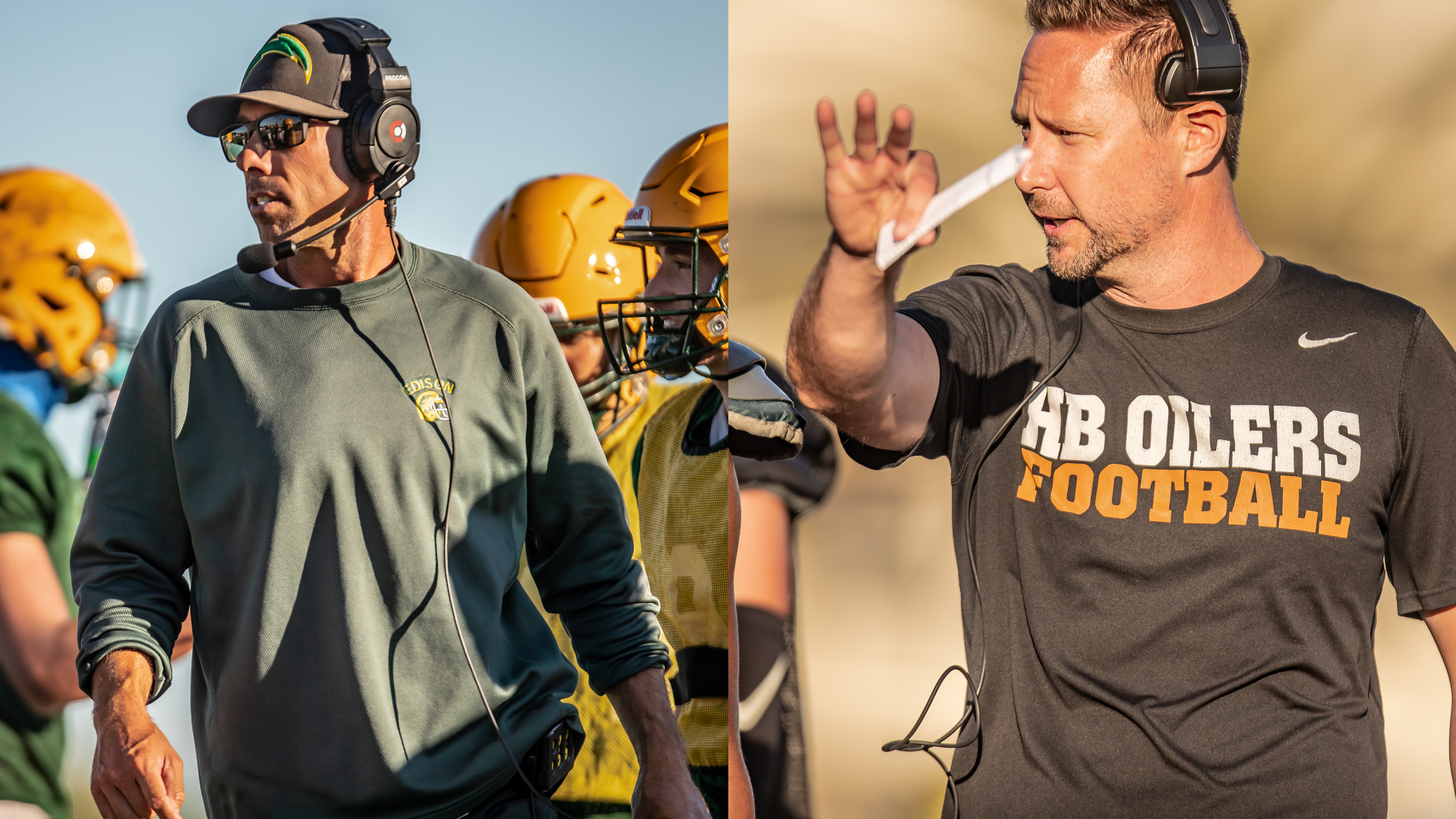 Preview: Edison coming off a strong scrimmage against Millikan. Not allowing a 1st down until the 3rd quarter and their O Line not letting Parker Awad get sacked. With 2 strong Wide Receivers expected to fill the holes in Tyler Hampton’s and Nico Brown’s departure with Tucker Tripp and Ashton Hurley. Venice on the other hand coming off a 8-4 record a year ago with 3-1 in their league ending up in 2nd place and a Division 1 LA City Section Championship. This one should be a strong matchup for week 0 for the Chargers.

Preview: Huntington Beach coming off a very strong end to their offseason, showing improvement daily and a big part of that is getting back Senior Wide Receiver AJ Vandermade that scored 3 Touchdowns in their preseason scrimmage to Western and JW North after only being allowed to play in 4 games due to injury. As well as a more improved Junior Offensive Lineman Justin Tauanuu after a great sophomore season and having a great offseason picking up 10 offers.

The biggest question surrounding the Oilers and Brett Brown this week and throughout the offseason though has been who will start the first play at Quarterback with Vaughn Popp and transfer Daunte Bell which will most likely be a game time decision.

Mayfair on the other hand coming off an impressive 9-1 season despite their 1st round exit in the playoffs to Santa Ana. Mayfair gets back their Senior Quarterback in Evan Tomich as well as his brother Junior Wide Receiver Owen Tomich