GAME RECAP: Oilers Score 13 in the 3rd to take the Season Opener 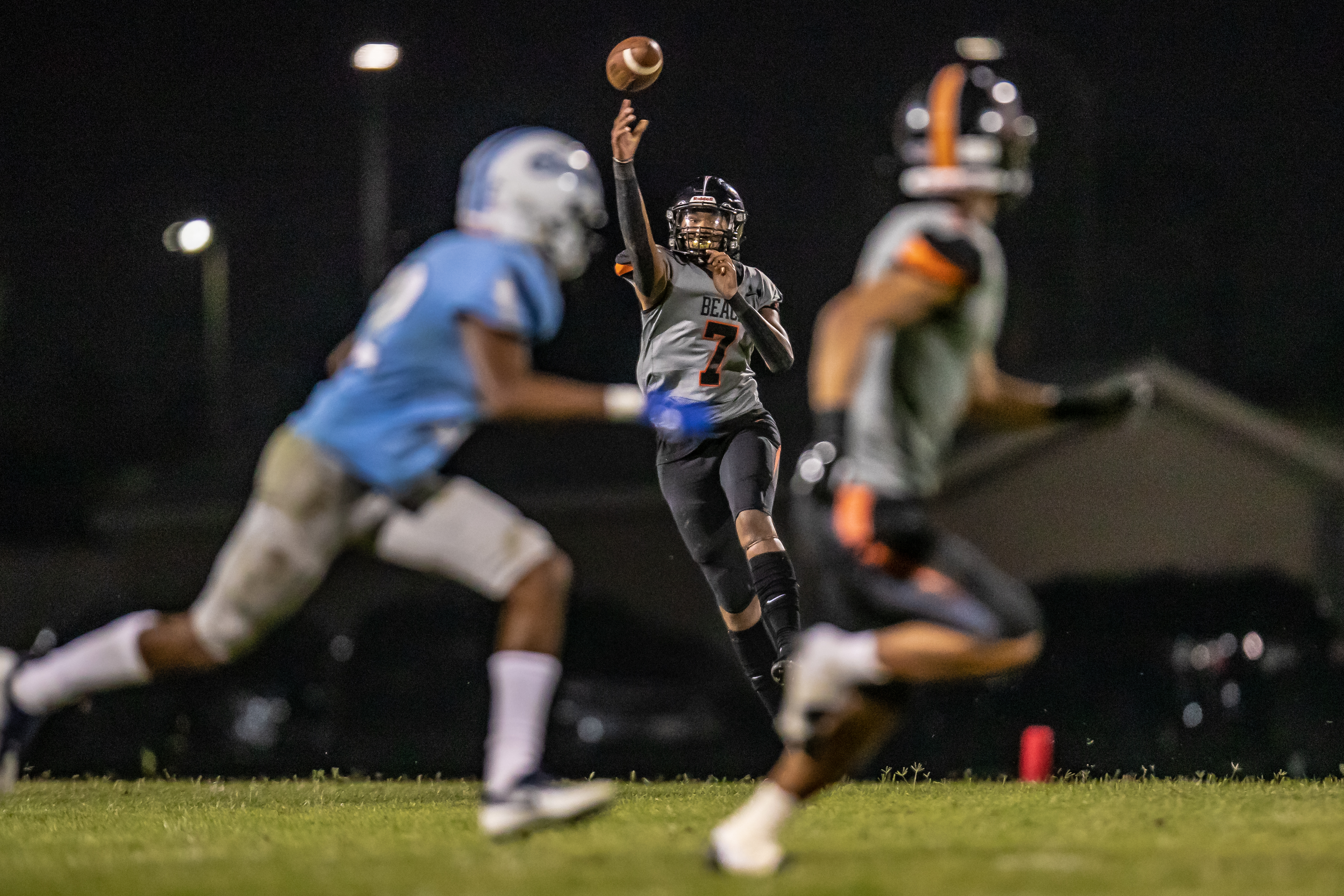 BELLFLOWER, CA- On the site of Bellflower High School for this season opening contest between the Mayfair Monsoons and Huntington Beach Oilers. It was decided by 1 touchdown tonight in a wild game.

1st Quarter: Defenses were lights out giving up no points on either side putting the game into the 2nd all tied up but the big one was on AJ Vandermade’s strip tackle fumble recovered by Nick Loboda.

2nd Quarter: Vaughn Popp entered the game for Daunte Bell and went on a deep bomb to AJ Vandermade but couldn’t get the score giving the ball back to Mayfair and having them march down the field for the Touchdown by number 8 Jaden Tanner.

3rd Quarter: Daunte Bell reentered the game and found his groove, all of it started on a short pass to Nick Gentilella scoring the first Oiler Touchdown of the season on the first possession of the 2nd half. On the next possession it was a deep pass from Bell to Vandermade for the 50+ yard score.

4th Quarter: Oilers defense came up huge, first allowing Mayfair into the redzone and on the 1 Nick Loboda with a huge fumble recovery again to save the Oilers. Next was a interception by Musashi Ray with a huge return. The biggest one though easily went to Nathan Tauanuu stopping Mayfair in the redzone for the pick 6.

Oilers head home on a short week to play Summit High School from Fontana on Thursday Night at 7pm at Cap Sheue Field.