GAME RECAP: Edison fixes their 1st Quarter mistakes to get a big win 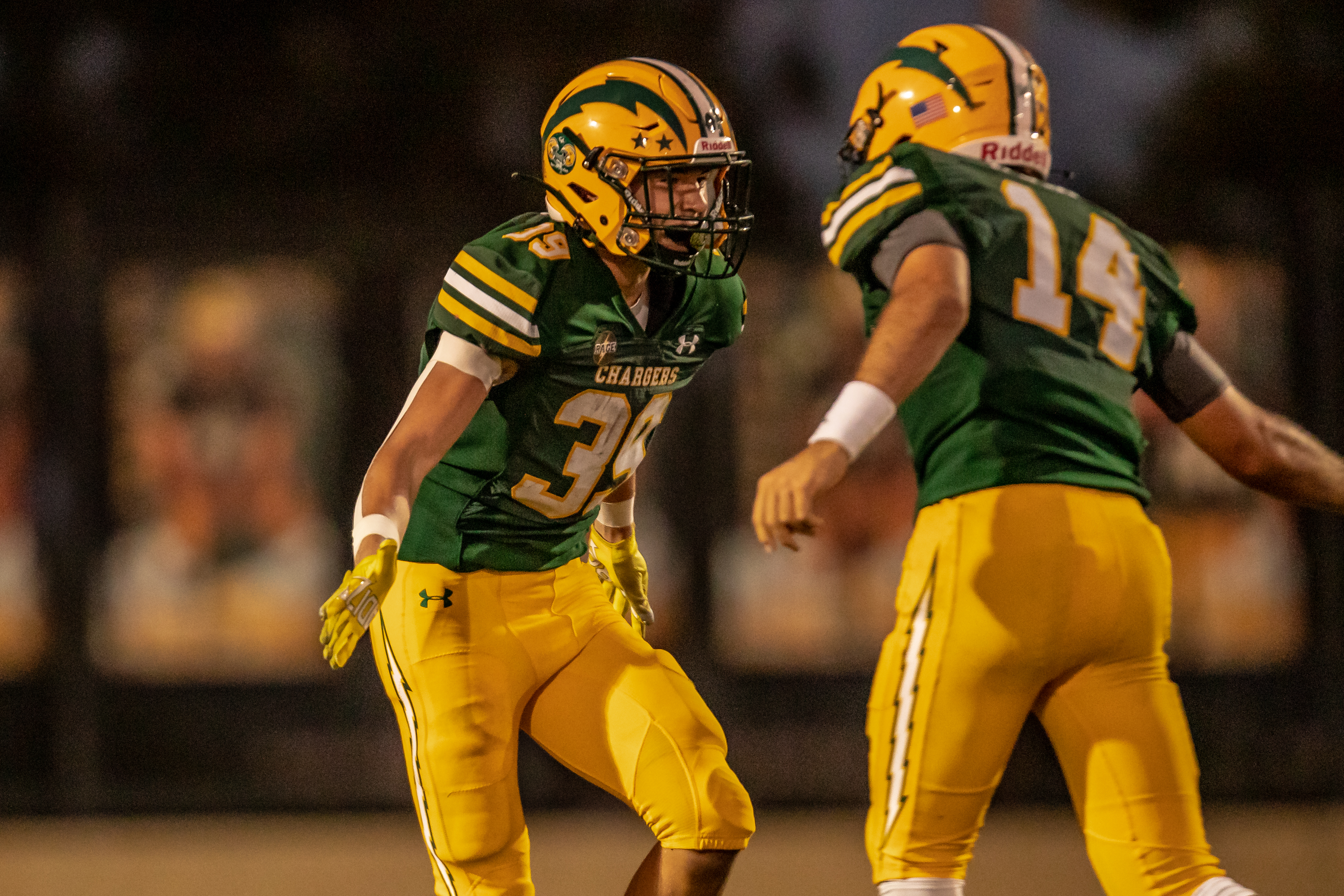 HUNTINGTON BEACH, CA- Back on the campus of Huntington Beach HS tonight as the Edison Chargers hosted the Leuzinger Olympians.

1st Quarter: Leuzinger got things started after an Edison fumble on their first drive and capitalized off of it with a Touchdown by Khyree Miles. Edison’s defense though came up big the rest of the way in the 1st recording 4 sacks. Leuzinger would head into the 2nd Quarter with a 6-0 lead.

2nd Quarter: This was a huge quarter for the Chargers as Ashton Hurley got things started in a hurry scoring a Touchdown on what looked like was gonna be a 15 yard gain turned into an 80 yard touchdown. On the next drive Edison would do it on the ground game as Carter Hogue scores on a 60 yard rushing touchdown with a huge part on Makai Sagaio giving a huge hole. The Charger defense continued to stay dominant as Dominic Lopez picked off Leuzinger Quarterback Will Doherty and put the Edison Chargers in the red zone. Carter Hogue though wasn’t done as he would score on another rushing touchdown which was setup nicely on a 10 yard catch by Mason York and put the Chargers into the locker room at the half finding themselves up 21-6.

3rd Quarter: Edison got back in the red zone to start the 2nd half but would only be able to put up 3 by Nicolas Preston. Edison’s Jared Schnoor was an animal tonight with 2 interceptions and would help Edison stay at 24-6 going into the 4th up 24-6.

4th Quarter: Edison knew they had to put the game away and did exactly that on a long fade ball from Parker Awad to Tucker Tripp for the score to start the 4th. Edison would go up 31-6. Leuzinger tried to come back on the Chargers but would fail to do so with a 16-0 run converting both 2 point conversions.

Edison would come up with a huge victory against Leuzinger and our reporter Evan Riederich caught up with Parker Awad and Carter Hogue after the game.