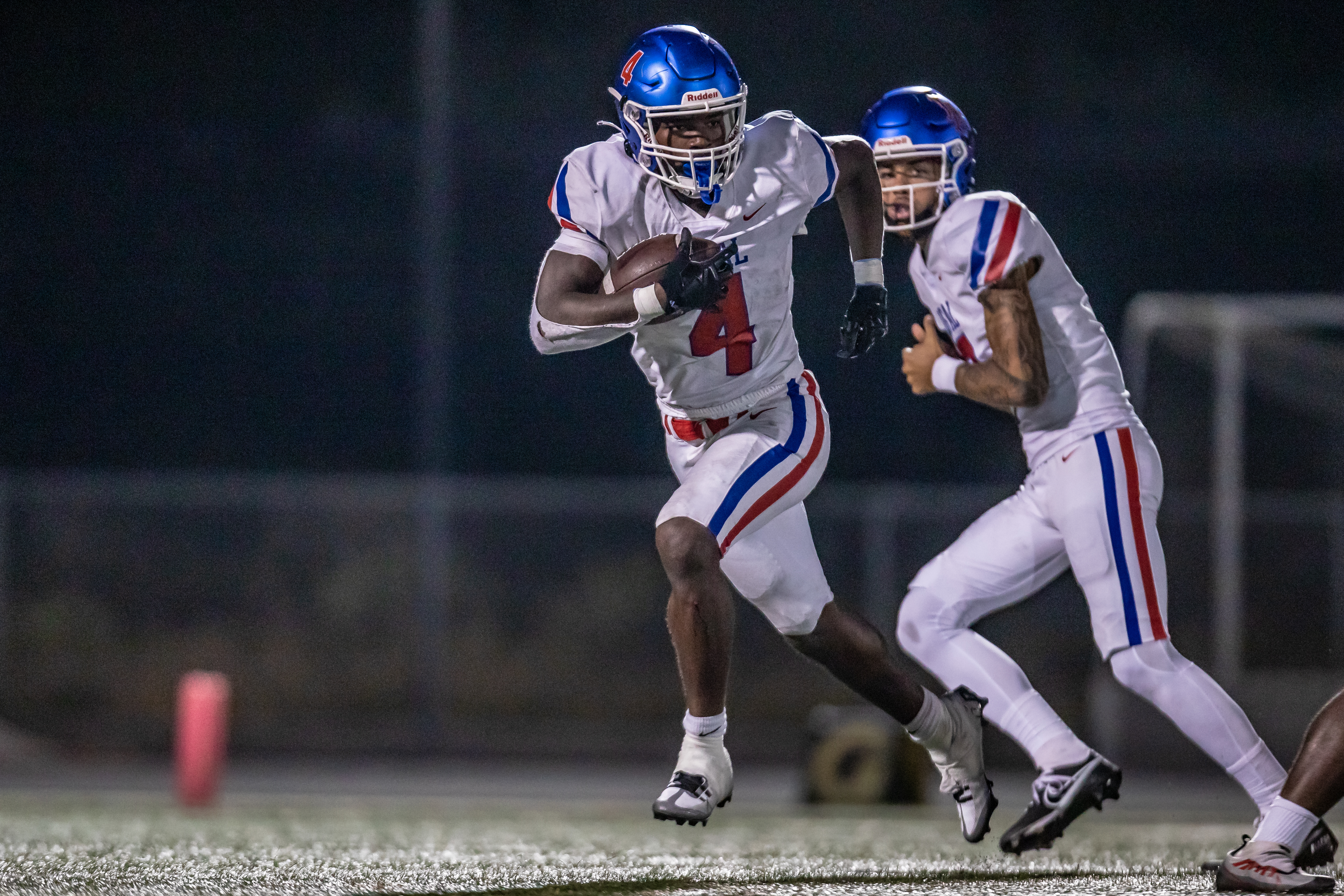 1st Quarter: Corona Del Mar started the game off ready to go as Mason Kubichek would cause a fumble from Los Al’s Damian Henderson, CDM would unfortunately give ball back to the Griffins. Henderson was ready for a little payback as he would find the endzone on a rushing touchdown to put the Griffins up 7-0. Los Al wasn’t done though as Malachi Nelson would throw up a ball to Gavin Porch as the Griffins would extend their lead to 14-0.

Sea Kings would stay in the game though as David Rasor would find Zach Giuliano to get on the board to go into the 2nd quarter down by 7, 14-7.

2nd Quarter: Los Al would get those 7 points right back though as Damian Henderson would find the endzone once again to get a 21-7 lead over the Sea Kings at the half

Story of the Night has to be from the 1st half as 5 star athlete and USC Commit Makai Lemon sprained his ankle and is expected to be listed as day to day.

3rd Quarter: Corona Del Mar’s defense knew it needed to play lights out and well they did that for the first 3 quarters keeping the Sea Kings in it. As Los Al would get shut down in the 3rd quarter and Corona Del Mar would find themselves only down by 7 with a nice reception by Cooper Hoch from David Rasor to go into the 4th 21-14.

4th Quarter: It takes 4 quarters to finish off a football game and Sea Kings almost had it but the Griffins would just be too much as Damian Henderson would find the end zone 2 more times, Gavin Porch with a pick 6, and Anthony League would close it out for the Griffins on a rushing touchdown to seal the victory on 28 unanswered points by Los Al in a 49-14 victory.

Los Alamitos is on the road for another week as they face a tough Edison Chargers team that might be the Public School Game of the Year and decide the Sunset League Title at Boswell Field at Westminster HS.

Corona Del Mar heads on the road to take on the Huntington Beach Oilers at Cap Sheue Field next Friday night at 7pm.

GAME PREVIEW AND PREDICTION: Barons, Oilers ready for battle with playoff implications on the line
GAME RECAP: Oilers earn their 7th consecutive win over the Barons