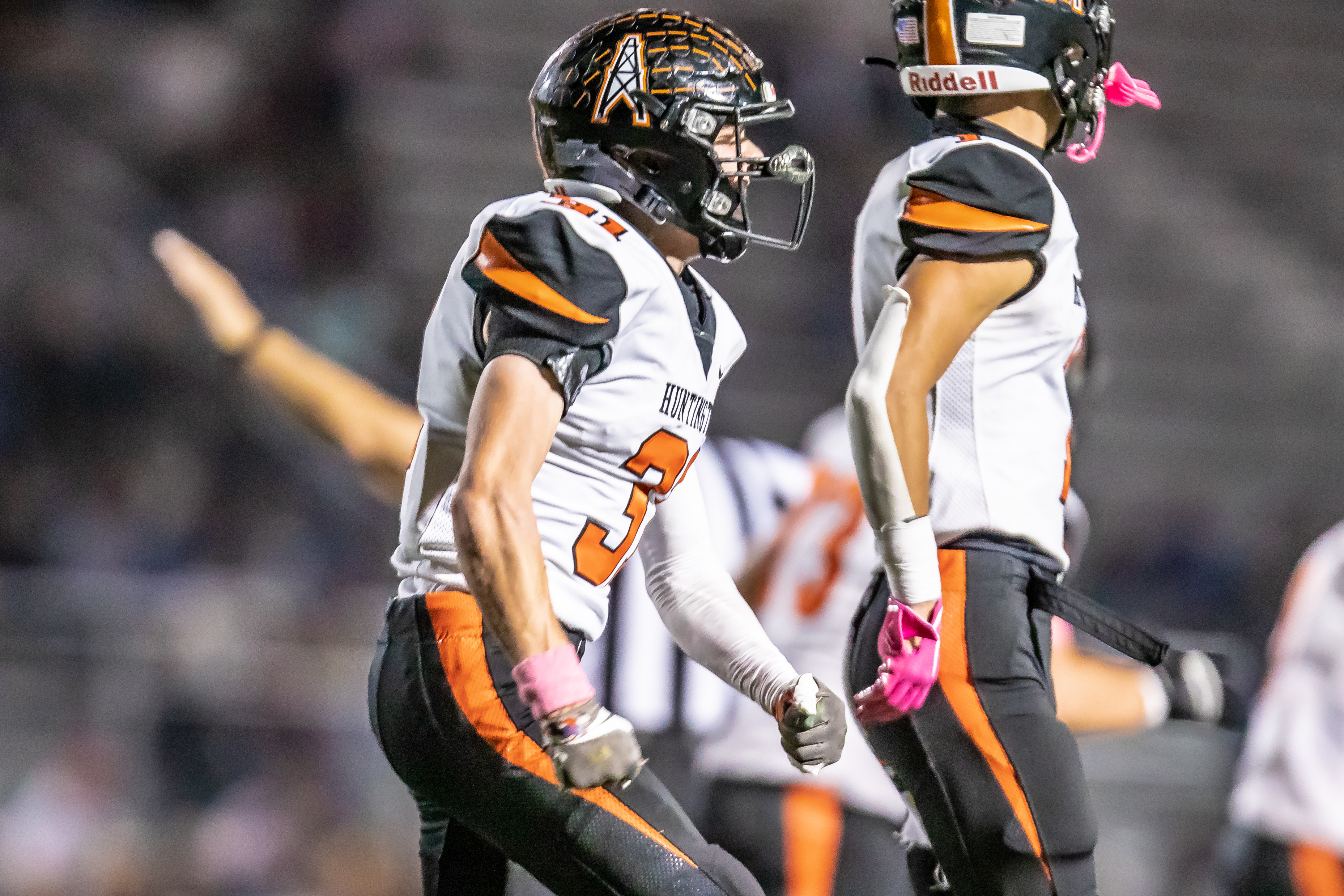 HUNTINGTON BEACH, CA- On the campus of Huntington Beach HS at Cap Sheue Field with the Barons and the Oilers in a Sunset League Battle.

1st Quarter: As expected it was a fight from the very beginning as Fountain Valley would open the game up first on a recovered fumble in the end zone to open the game up 6-0. The Oilers though would answer right back from Tyler Young on a 65 yard touchdown to head into the 2nd tied at 6.

2nd Quarter: Oilers would keep things rolling as Daunte Bell would find AJ Vandermade in the end zone for the score to put HB up 13-6. Alan Valadez would save the game from being a 4 point game as he would get his 2nd field goal block of the night to keep the game to a 7 point game headed into the locker room at the half 13-6.

3rd Quarter:  Oilers defense would stay hot all night tonight as Alan Valadez would get a fumble recovery on the 1st drive back from the half. Huntington Beach would only be able to turn that drive into a field goal by Jad Othman. Oilers lead 16-6. Nathan Tauanuu would help the Oilers out on a huge pick with 45 seconds left in the 3rd quarter.

4th Quarter: Daunte Bell and the Oilers would start off the quarter the way they needed too with a huge touchdown to AJ Vandermade to put the Oilers up 23-6. The Barons would get things going though and Noa Banua would find Nolan Olivares extra point would not be good as the Oilers would hang on with a huge hard fought battle over the Barons to win 23-12.

Fountain Valley goes on the road next week to take on the Newport Harbor Sailors at 7pm.