GAME RECAP: Stuka, Farmer come up huge for the Bobcats to help advance to the Super Regionals 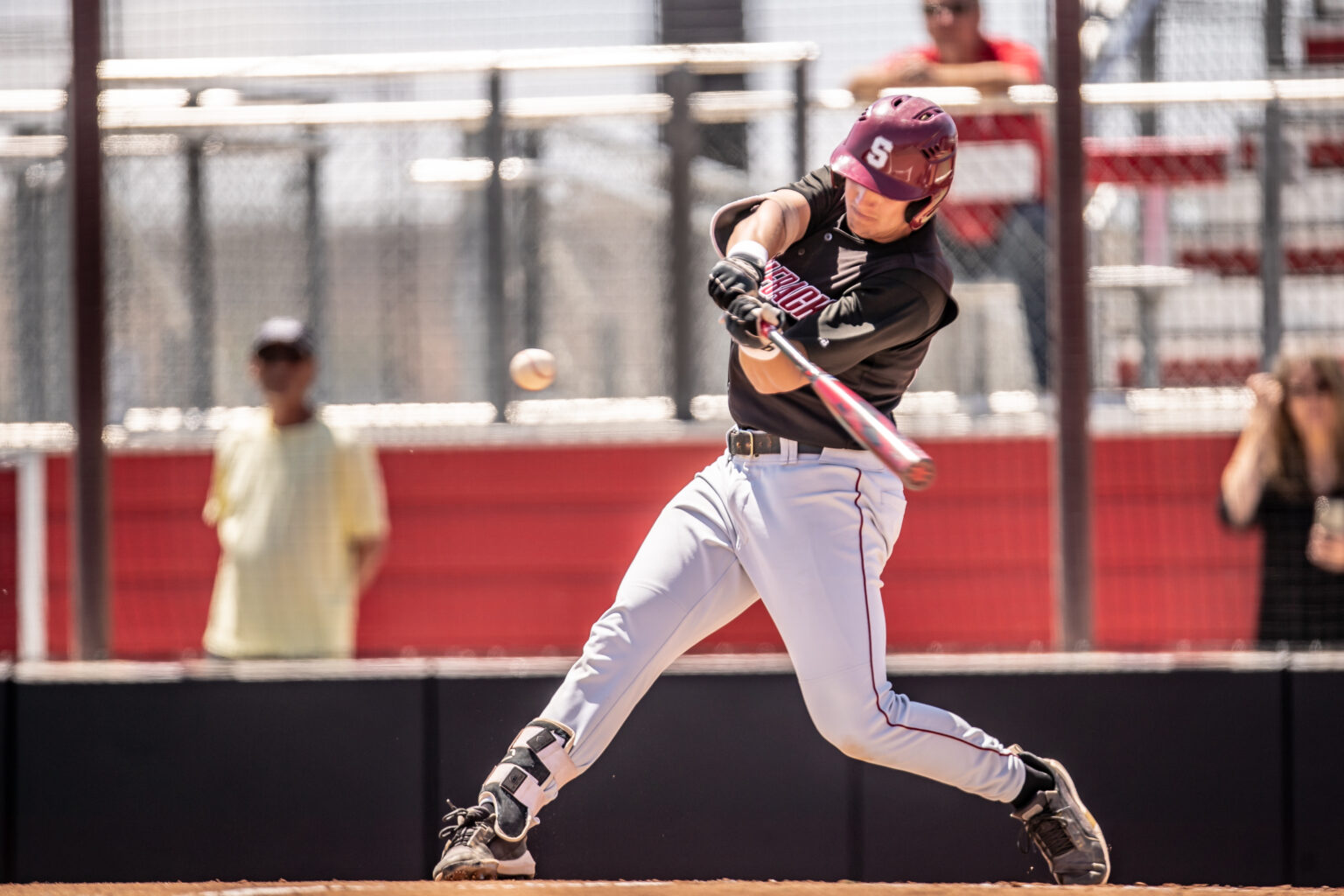 MISSION VIEJO, CA- Just as predicted, Luc Stuka did in fact start out hot for the Bobcats going 3 for 5 today with a RBI Double and RBI Triple. Michael Davinni did as well going 3 for 4 including a massive solo shot.

Starting off the game though, Bobcats came out hot scoring 2 in the 1st with a huge one by Luc Stuka on a RBI Triple scoring Cole Koniarsky and Michael Davinni.

Ryan Farmer would then come out solid for the Bobcats allowing 3 hits on no runs and striking out 5.

Towards the end of the game though, Bobcats bats heated up and got things going well scoring 3 in the 8th.

The biggest inning though came when Saddleback put up 10 runs in the top of the 9th to fuel their way to a 15 game win streak that included in that inning, home runs by Nick Dietsch, Michael Davinni, and Moonhyeon Eom all back to back to back putting up what was basically looking like a home run derby.

Saddleback’s Arthur Liu and Joshua Meekins looked strong coming in under relief allowing no hits and no runs striking out 1 each. Bobcats would seal the victory in the bottom of the 9th and take game 2 and the shut out 16-0.