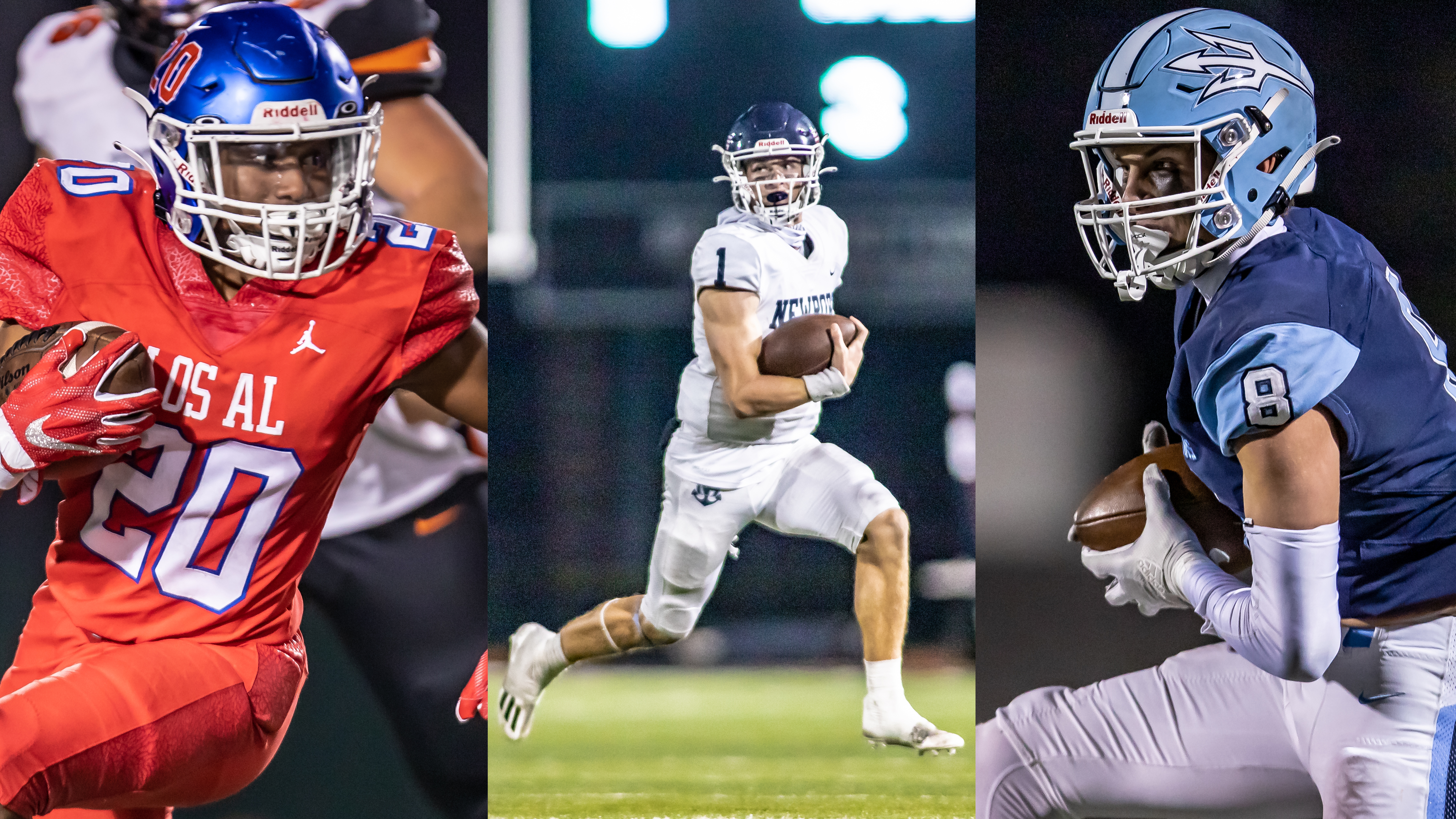 PREVIEW:  Both who are coming off a 1st round bye last week, are ready for a Battle at Veterans Stadium. Los Alamitos coming into tonight 8-2 and the Sunset League Champions with a healthy Makai Lemon (Ankle) and a healthy Damian Henderson (Ankle) which head coach Ray Fenton has to feel happy about for tonight. On the other side Long Beach Poly rolling into tonight on a 10-0 season including 2 huge wins over Mission Viejo and Serra and the Moore League Champions.

PREDICTION: Los Alamitos knocks the unbeaten Jackrabbits to advance in a 35-31 victory

PREVIEW:  Corona Del Mar coming off a tough round 1 win over Ayala 30-23  that Colin Pene ran for 2 touchdowns on 200 yards. On the other  side Chaparral coming off a huge round 1 victory over Thousand Oaks 62-14.

PREDICTION: Corona Del Mar with a close victory over Chaparral 24-21 to advance to the semis

PREVIEW:  Newport Harbor (7-4) coming off a huge win last week over Valencia. Colton Joseph threw for 204 yards on 15 completions with 3 touchdowns. On the other side Newbury Park (9-2) also coming off a huge victory Mira Costa 41-14.

PREDICTION: Sailors advance to the Semis in a close hard fought win 31-28