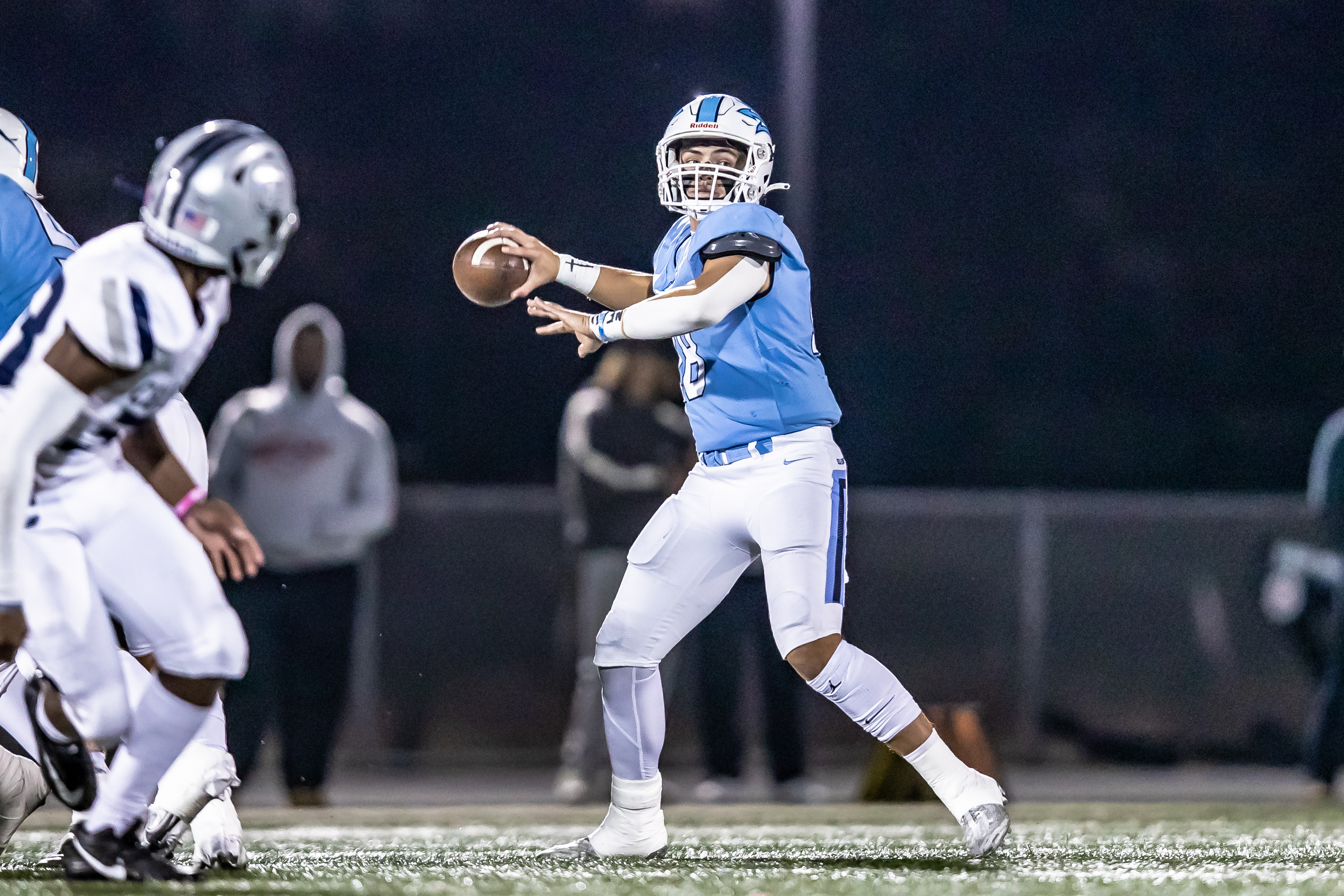 NEWPORT BEACH, CA- On a cold night at Davidson Field it was time for the Division 3 CIFSS Quarterfinals with the Corona Del Mar Sea Kings hosting the Chaparral Pumas.

1st Quarter: Chaparral got off to a fast start with a huge drive that ended in a Caron Tyler rushing touchdown. The Sea Kings would answer right back with a touchdown from David Rasor to Jack Loucks. Chaparral would lead 7-6 on the blocked extra point.

2nd Quarter: Sea Kings kept fighting as Corona Del Mar would get the ball back that allowed David Rasor to pick up a huge run and then end the drive with a Zach Giuliano touchdown to go up 13-6. Then would follow it up with a Mason Kubichek 40 yard passing touchdown. Chaparral would then go on to make it close at the half with a huge Touchdown by Stacy Dobbins. Sea Kings lead 20-14 to go into the locker room.

3rd Quarter: Russell Weir would get the 2nd half rollin for the Sea Kings with a huge 28 yard one handed touchdown. Sea Kings head into the final quarter up 26-14.

4th Quarter: After a huge turnover on downs for Chaparral, David Rasor connects on a long 70 yard pass to Cooper Hoch then later Rasor keeps it himself for a 2 point conversion. Sea Kings up 34-14. Corona Del Mar would get the ball back again and Rasor would connect to Hoch for his 6th touchdown of the night. Chaparral would try to battle back with 2 touchdowns under 2 minutes but it wasn’t enough as the Sea Kings would hang on.