GAME RECAP: Edison’s Offense too much for the Oilers in league opener 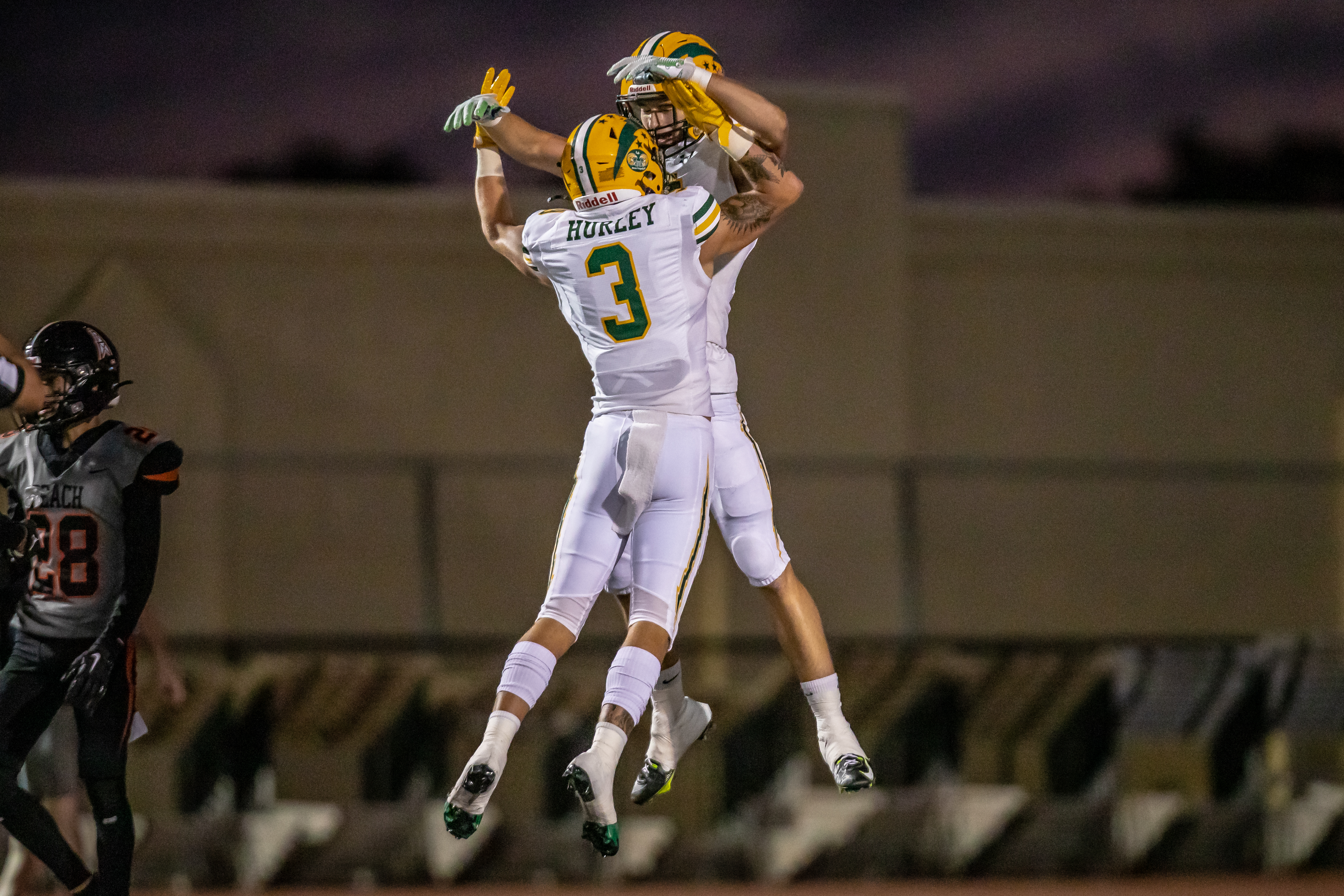 HUNTINGTON BEACH, CA- On the campus of Huntington Beach HS tonight at Cap Sheue Field as the Oilers hosted the Edison Chargers in the Battle of HB.

1st Quarter: Mason York and Edison’s offense had it going the whole 1st half as Parker Awad would find Mason York for 6, Edison jumped out to a quick 7-0 lead. Chargers would get the ball back and Parker Awad would throw another completion out to Ashton Hurley. Chargers would go up 14-0. They weren’t done though as Carter Hogue would find the endzone on a rushing touchdown putting the Chargers up 21-0. Mason York would put the Chargers up in the end 28-0 going into the 2nd quarter.

3rd Quarter: Oilers needed to fix their mistakes at the half but it was too late as Daunte Bell would throw a touchdown to AJ Vandermade later AJ would get the 2 point conversion.

4th Quarter: Oilers just couldn’t get it rolling tonight as Vaughn Popp tried to throw a completion to Hunter Gray but was picked off by Malachi Pierce. Edison would go onto win 42-8