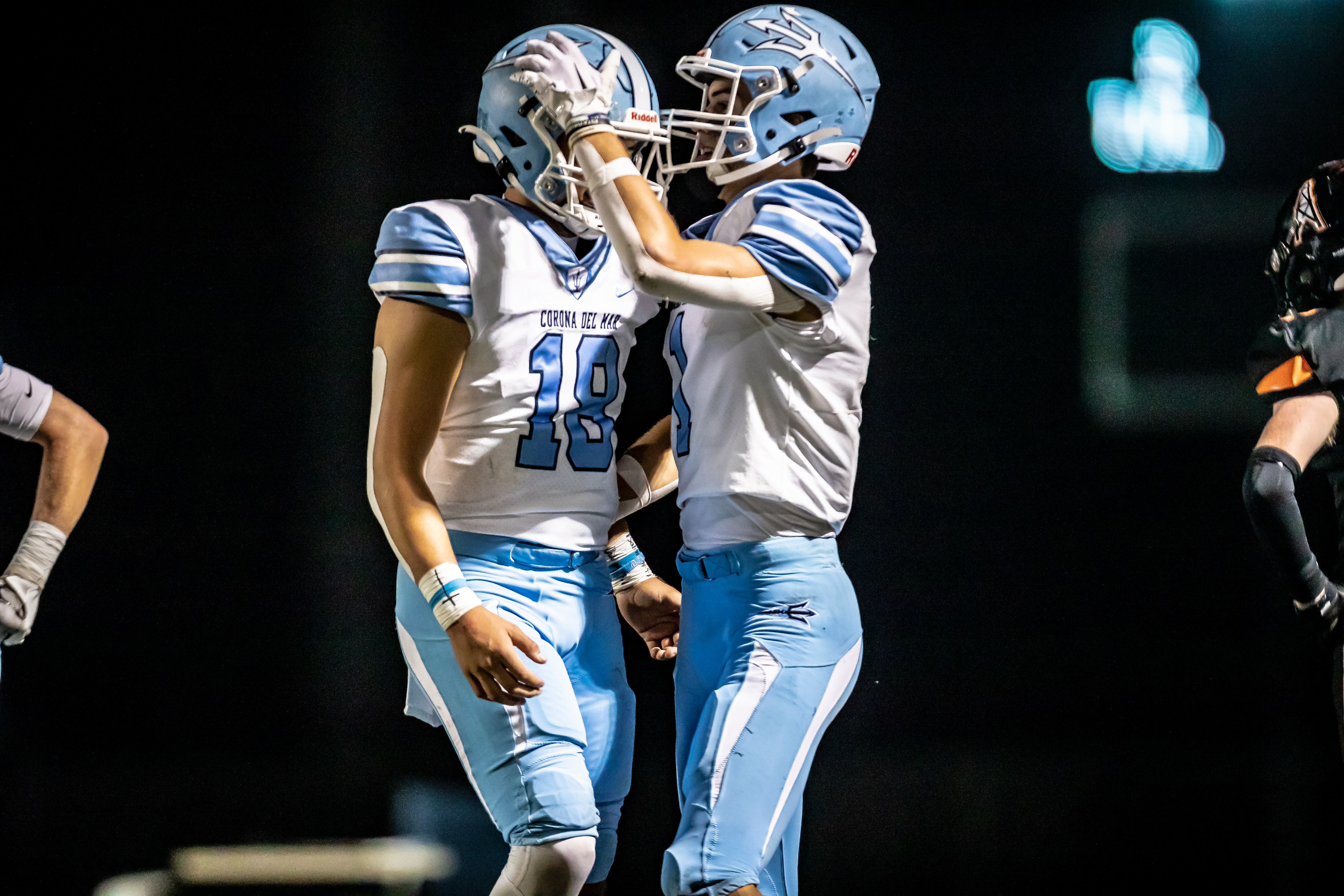 2nd Quarter: Corona Del Mar would strike once again to open the 2nd as David Rasor would find Cooper Hoch, Sea Kings would go up 14-0. Sea Kings defense would stop the Oilers once again on a pick from Michael Lynch 2 possessions in a row. It was definitely Hoch’s night as David Rasor would find Cooper Hoch again and go up 21-0. Kaleb Annett would then enter the game for Corona Del Mar and would find Russell Weir and the Sea Kings would go up 29-0 at the half.

3rd Quarter: Sea Kings would keep it rolling in the 2nd half as Kaleb Annett would find Colin Pene for another score and go up 36-0. Oilers would finally get points on the board as Tyler Young would rush for a 62 yard touchdown.

4th Quarter: Sea Kings just wouldn’t stop on the Oilers defense and add 14 more to go onto win this one 50-7