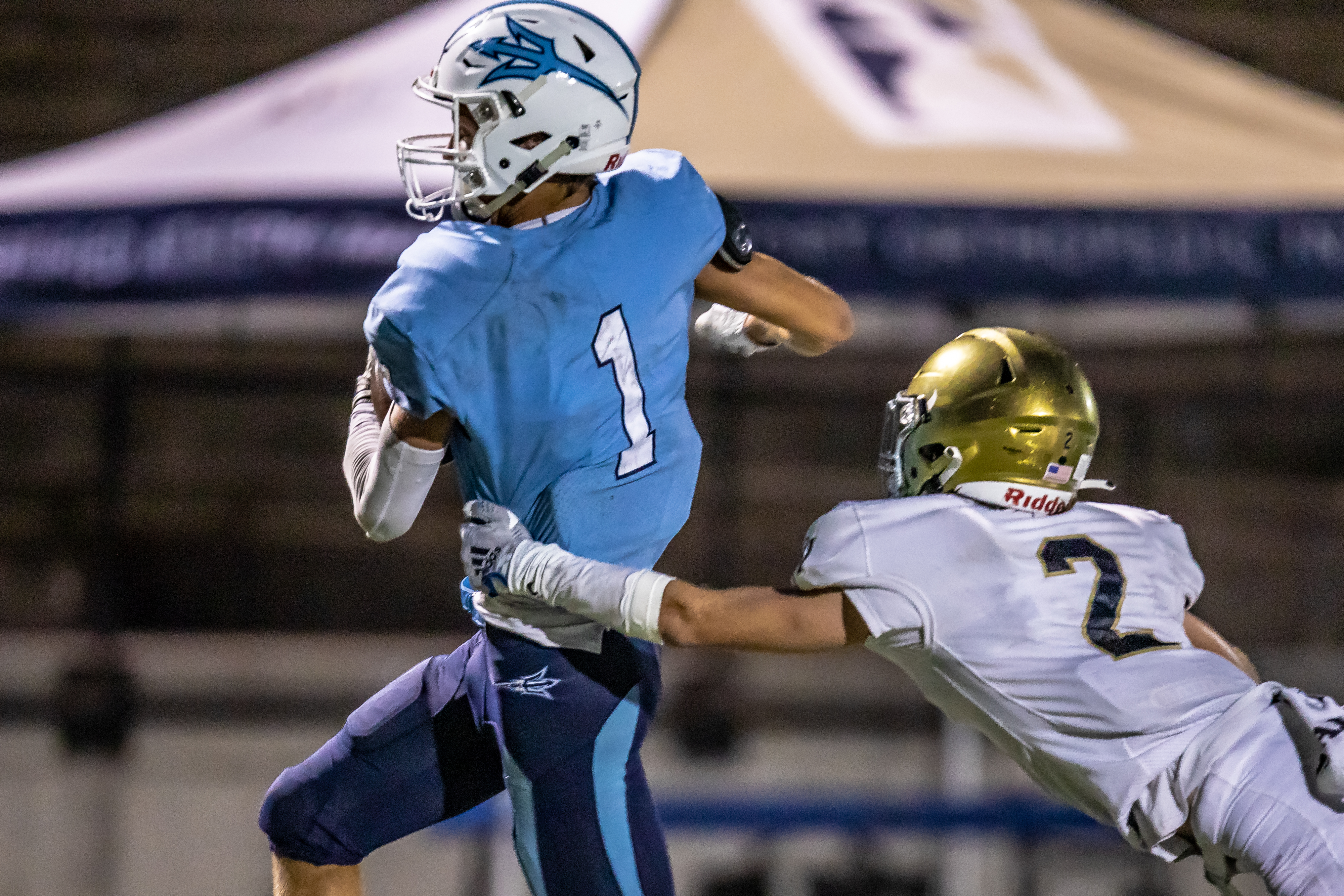 NEWPORT BEACH, CA- It was Thursday Night Football at Davidson Field tonight on the campus of Newport Harbor HS, as the 3-1 Corona Del Mar Sea Kings took on the 0-4 San Juan Hills Stallions.

Corona Del Mar coming off a loss last week to San Clemente knew what they needed to do to rebound tonight but with a shaky start.

San Juan Hills was searching for their first win of the season tonight and a huge rebound from their past 4 games.

1st Quarter: Corona Del Mar had the ball first and went deep in their own redzone but was unable to covert as San Juan Hills Defense started the game in a big way with an interception from Ryan Haghani. Later the Stallions were able to strike first with a rushing touchdown from Sullivan Land and would convert on the extra 2 point conversion.

The Sea Kings would end up striking back on a rushing touchdown by Colin Pene but would head into the 2nd down 1.

2nd Quarter: Sea Kings offense was lead big tonight by Cooper Hoch, as he would find the end zone to put CDM up 14-8 and head into the locker room with the lead.

3rd Quarter: Corona Del Mar started off the 2nd half strong with a huge touchdown reception by Jordan Fargo. The Stallions though would start showing right as Sullivan Land would get into the end zone on a 3 yard rushing touchdown and head into the 4th down by 6. Sea Kings would lead 21-15.

4th Quarter: The Stallions wouldn’t give up as they would take the lead on a passing touchdown from Michael Tollefson to Briggs Marquis and up 22-21.

Would all come down to this on this next drive by the Sea Kings as they needed Cooper Hoch tonight in a big way as he would give the Sea Kings the go ahead lead on his 2nd passing touchdown of the night. Sea Kings would take down San Juan Hills 27-22.

San Juan Hills seeks their first win of the season next week as they take on El Modena at the Badlands Stadium in San Juan Capistrano.