GAME RECAP: Rustlers defense too much for the Comets 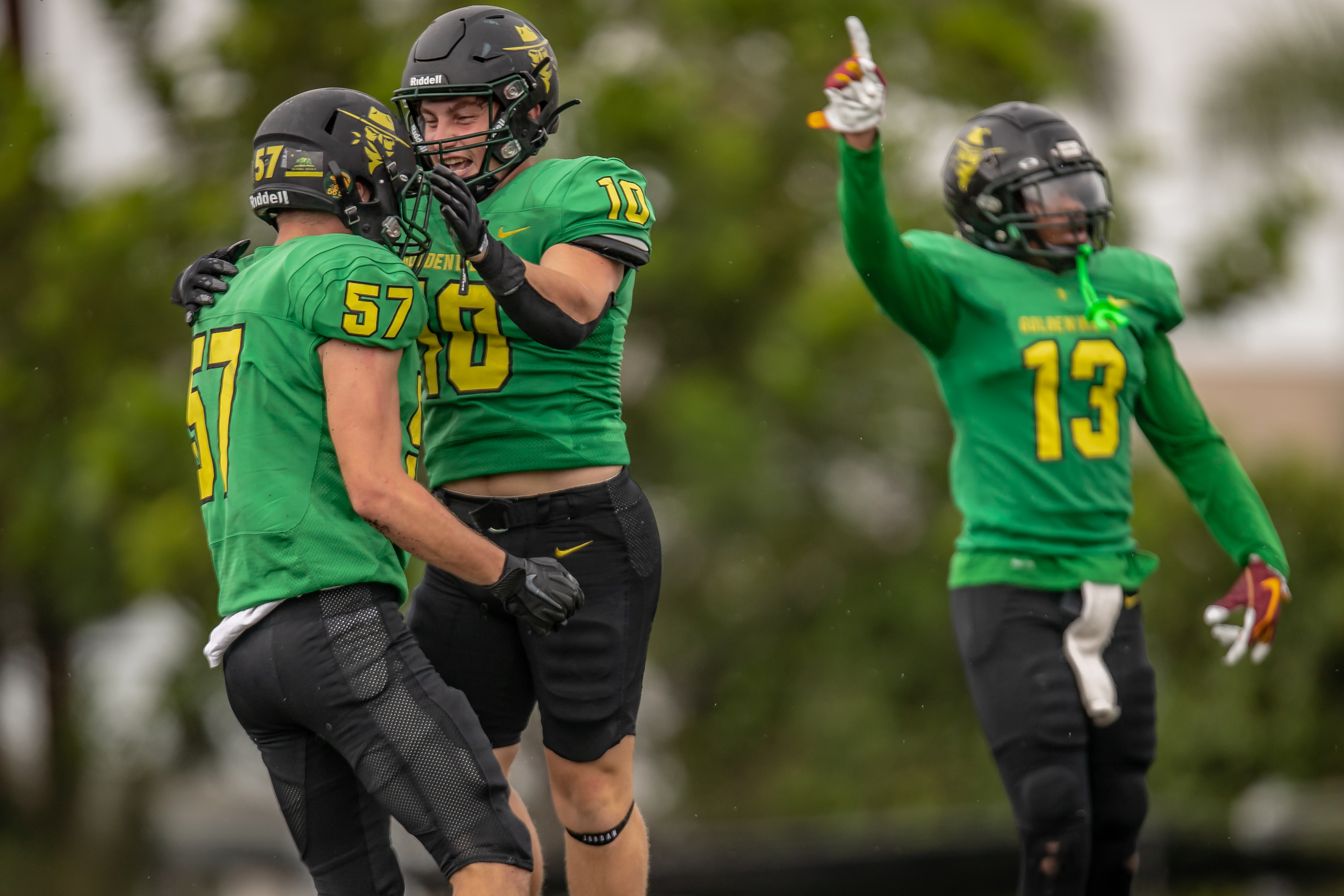 1st Quarter: Golden West got things started quickly holding Palomar on their first possession and getting the ball that ended in a Malakai Martinez rushing touchdown. Golden West would head into the 2nd up 7-0.

2nd Quarter: Golden West’s Nick Kennewell started the 2nd Quarter off in a big way with a huge 1 handed catch but would end in a Golden West field goal, Palomar though would respond to go into the locker room with a huge 57 yard field goal. Rustlers would lead 10-3.

4th Quarter: The Rustlers defense would hold Palomar and shut them out in the 2nd half to improve to 2-0