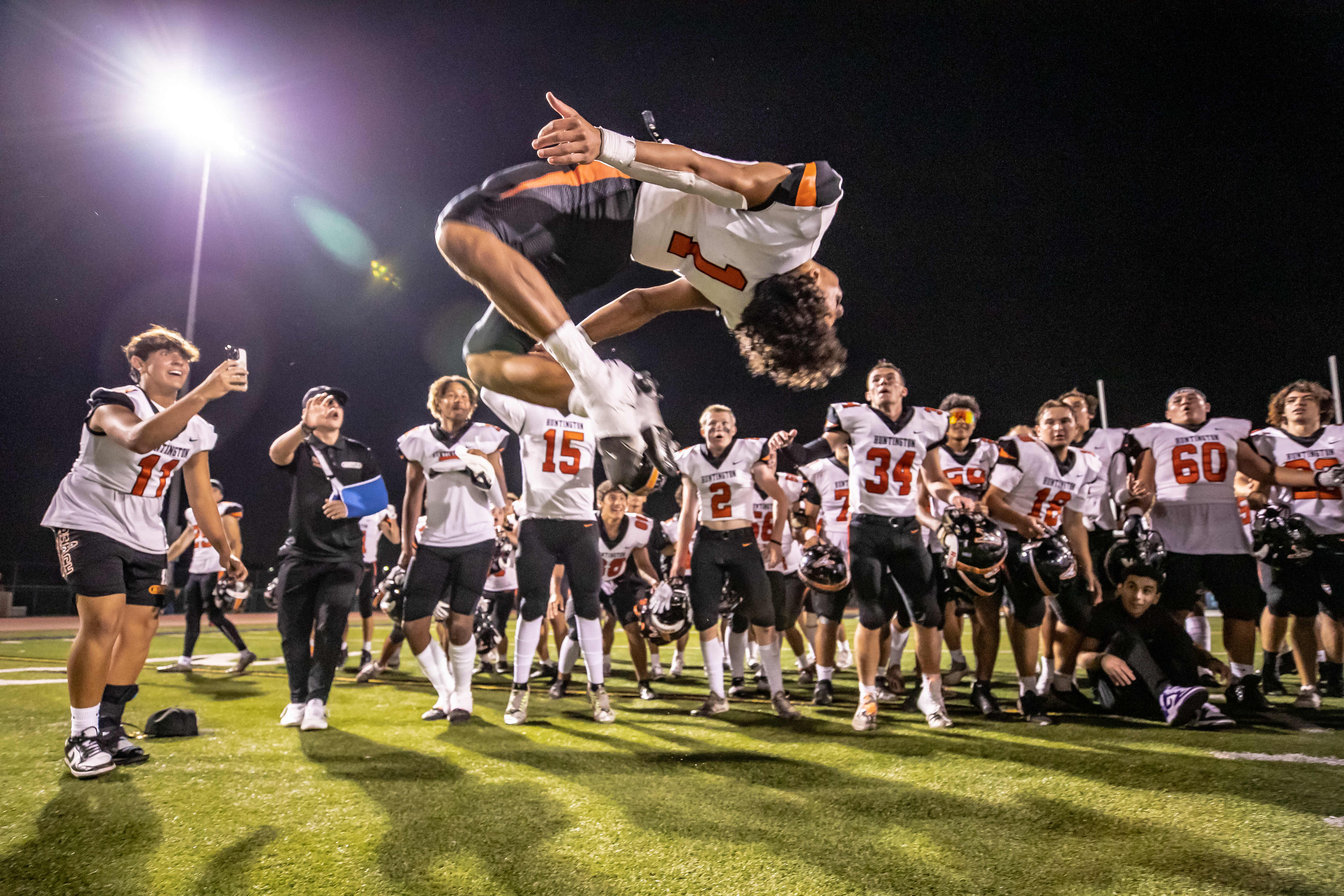 HUNTINGTON BEACH, CA- Friday Night Lights were back at Westminster High School tonight as the Marina Vikings hosted the Huntington Beach Oilers. In a game where both teams were looking for a bounce back week. Only one would come out with a rebound and the trophy.

1st Quarter: Oilers got things started in a big way led by AJ Vandermade and Daunte Bell but ended in a Daunte Bell 23 yard rushing touchdown.

Oilers knew what they had to get done this week after a bad loss to El Toro a week ago and they did that with a dot from Daunte Bell to AJ Vandermade putting the Oilers up 14-7.

Later the Oilers would get the ball back, march down the field and get into the red zone to end the 1st quarter.

2nd Quarter: Jad Othman would get things started in the 2nd with a 31 yard Field goal. Oilers would lead 17-7.

Huntington Beach wasn’t done however as Musashi Ray would put up 6 to give the Oilers a 23-7 lead.

The points just kept on coming for the Oilers tonight as AJ Vandermade would score 2 straight touchdown to put the Oilers up 38-7.

Oilers would end up getting the ball back on an onside kick from Jad Othman recovered by Nathan Dumesnil and would setup Huntington Beach nicely as Hunter Gray who was named Spotlight Player to Watch for a reason and he made sure of that with a 70 yard touchdown to put the Oilers up 45-7.

Huntington Beach still wasn’t done though as AJ Vandermade continued his first half performance with his 4th touchdown reception of the night to go into the locker room up huge 52-7.

2nd Half: Jack Geracitano would get things going for the Oilers in the 3rd and put an exclamation mark on the win with a 26 yard carry into the end zone and Oilers would come out on top with a 59-7 win.

Huntington Beach heads into bye week with their best preseason start since 2018 at 4-1 but take on a tough Edison team in 2 weeks.

Marina heads on the road next week as they face St. Anthony’s from Long Beach.

GAME PREVIEW AND PREDICTION: Marina, Huntington Beach battle it out for the Victory Trophy
VOTE: JPWest Media Player of the Week Nominees for Week 4