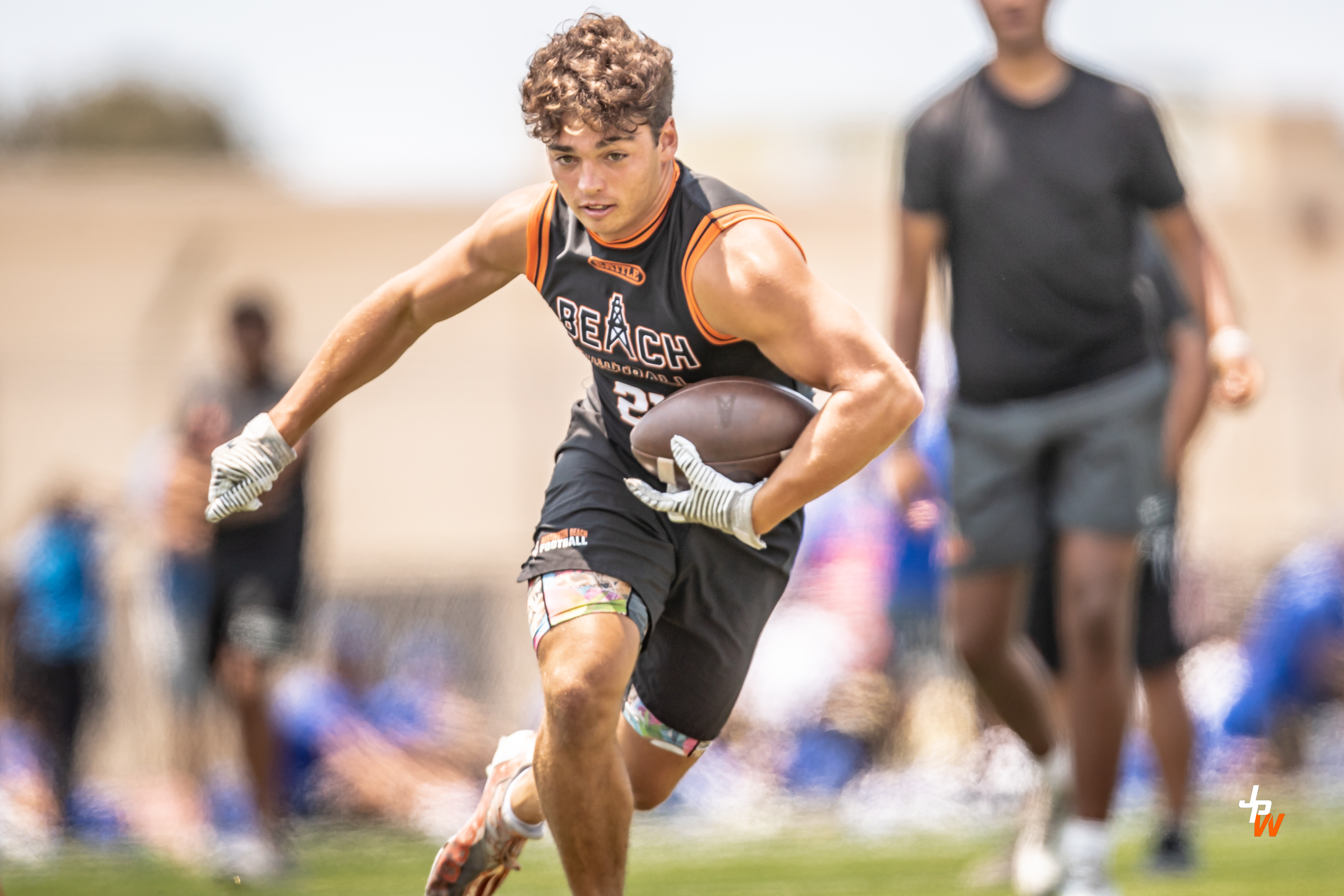 Huntington Beach came into today after finishing summer camp on a high note. Hosting their annual Surf City Passing/Lineman Tournament dating back to 2013. Fountain Valley on the other hand entered their first appearance in the tournament.

Huntington Beach: Oilers started the tournament off very strong and stayed hot both JV and Varsity.

HB1 vs Long Beach Wilson: Wilson went on the board first but Oilers quickly answered back from Daunte Bell to AJ Vandermade with a 1 point conversion good by Jack Geracitano. Oilers would get the stop on defense and would get hot the rest of the game out scoring the Bruins 27-0 after Wilson started out with a score

HB 1 vs Foothill: Game 2 for the Oilers showed that HB don’t quit no matter what happens. Huntington found themselves down 14-6,  Vaughn Popp responded well and helped battle back. Game would go into overtime and Vaughn would find AJ Vandermade in the back of the end zone for the game winner winning 26-20

HB2: JV impressed starting off the tournament 2-0 beating Mingus Union and JW North but would fall to Downey to place 2nd but still advance to the tournament

Fountain Valley: Barons showed improvement off of last year against Long Beach Poly, the 2nd Annual LA Chargers 11-On Tournament Champions. Poly would go up quick 7-0 but the Barons would respond and get within 1 down 7-6. Poly would then show what they are made of and go on to win 30-18.

HB1 vs El Toro: What was a pre close look to what might be a very good game in the Fall all though it was 7v7 it did show how well these 2 teams are matched up. Oilers would start out up 6-0 from Daunte Bell throwing a TD and AJ Vandermade would get HB back on offense but wouldn’t be able to respond with what was almost a Touchdown but was called back as a sack. El Toro would tie the game up at 6 before putting on 7 more to make it 13-6. Vaughn Popp would come into the game and put the Oilers within but would fail on their 1 point conversion and would fall in a close one 13-12.

Tug of War: Huntington’s Lineman were definitely the best ones as they go to back to back as champions and a big part of that came in Tug of War. Beating Fountain Valley, Downey, Saugus, and Chino Hills.

Both HB1 and HB2 kept it close in these after going 2-1 and placing 2nd in Pool B and Pool C which got them into the Tournament.

HB2 vs El Toro: The Chargers started off quick on the first drive going up 6-0, JV would then respond with a Touchdown from Andrew Verdone to Maverick Mehaffey tying the game up at 6. El Toro would quickly respond with 7 points going up 13-6. Oilers would then try to comeback on a Davis VanDyke touchdown from Andrew Verdone putting them within 1 but wouldn’t be enough as time would expire.

HB1 vs Downey: Huntington Beach found themselves down to start the game 7-0 but would respond from Daunte Bell to AJ Vandermade including a 1 point conversion by Nick Gentilella. Downey would put up 7 more making it 14-7. Daunte would then try to bring the Oilers back throwing a Touchdown to Musashi Ray putting the Oilers within 1 but wouldn’t be able to capitalize on the 1 point conversion. Downey would then put up 7 more making the game 21-13. Vaughn would try to get the Oilers back in it but was picked off by Downey as time expired.

Oilers end Summer Camp and are back at it on August 1st to officially start season practices and put on the pads. Huntington Beach will open the season against Mayfair on August 19th.

As for the Barons, Fountain Valley will open the season on the road against Valencia on August 19th at 7pm.

Scoring Summary thanks to EJ Riederich