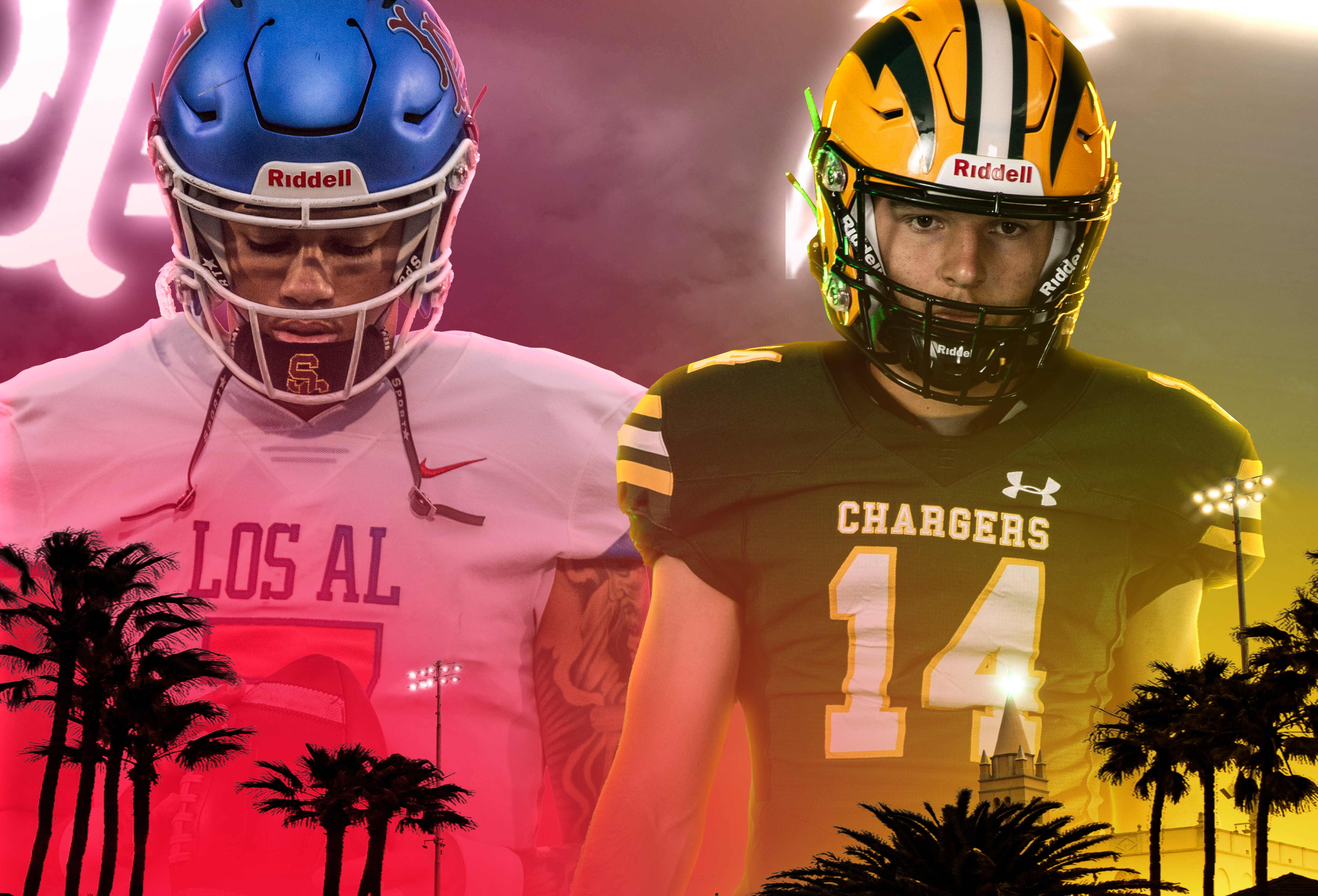 Preview: Get your popcorn ready for tonight. The #6 Edison Chargers (7-0) host the #8 Los Alamitos Griffins (5-2). Possibly one of the biggest public school and league rivalry in the CIFSS as both teams coming into tonight with a lot on the line.

Edison Chargers are off to their best start since 2009 when they started 13-0 that year and are led at Quarterback by Parker Awad who is ranked #1 on the JPWest Media Player of the Year Watch List. Awad is coming into this game averaging 254.1 yards a game and has 1,779 passing yards with 19 TDs. The Chargers are 2-0 right now in league and 7-0 on the season.

Los Alamitos is led at Quarterback by USC Commit, Malachi Nelson who is ranked #9 on the JPWest Media Player of the Year Watch List. The Griffins are 2-0 right now in league and 5-2 on the season.

What is on the line tonight for the winner:

Prediction: Chargers come away in a close one 35-32