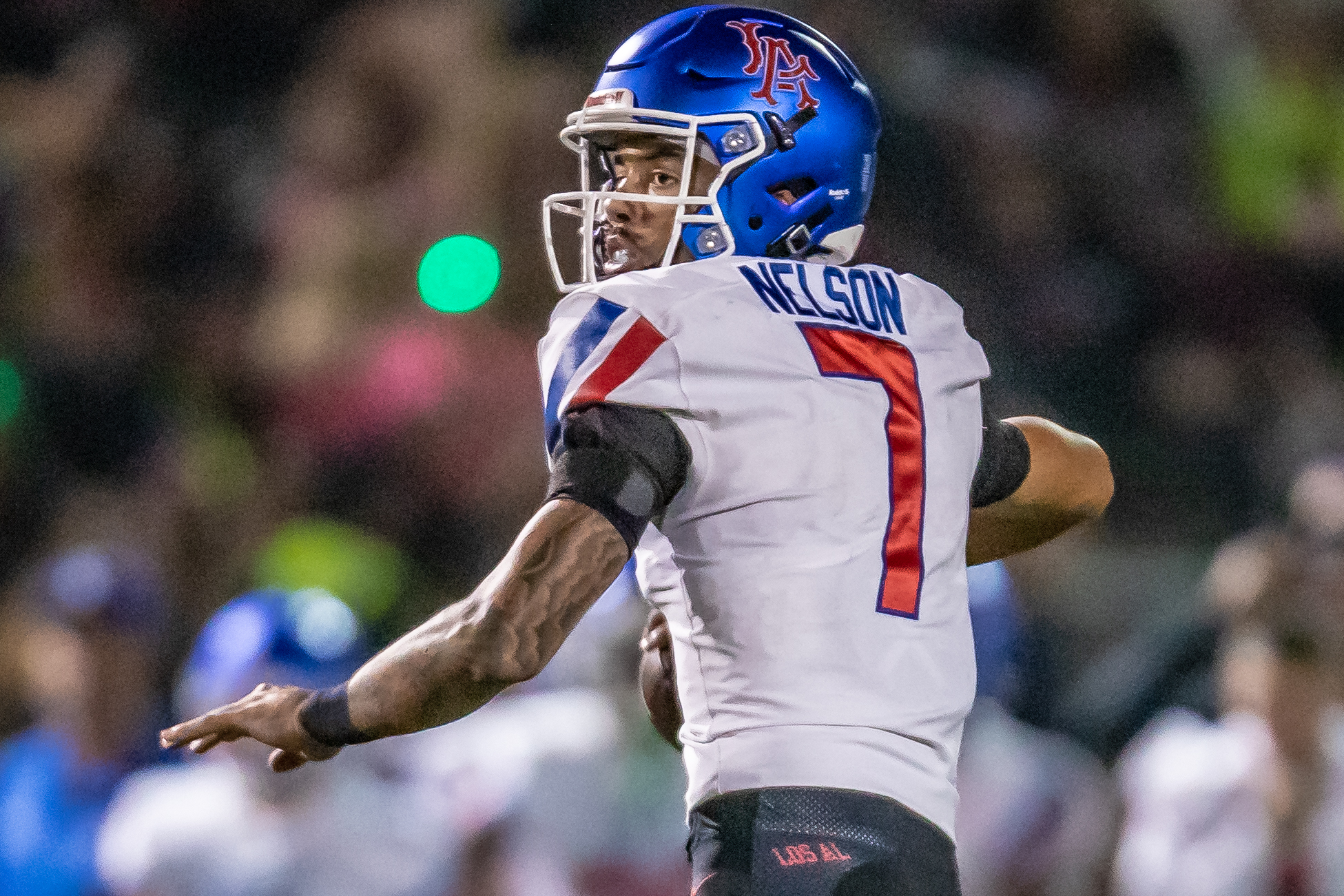 HUNTINGTON BEACH, CA- Thursday Night Football at the Sheue on the Campus of Huntington Beach High School were the Edison Chargers hosted the Los Alamitos Griffins in a Sunset League matchup.

1st Quarter: From what it looked like was gonna be the Game of the Year as both teams started off the game with a pick. However, the Griffins struck first on Damian Henderson’s rushing touchdown, Jackson Irwin for the Chargers would block the extra point. Chargers would strike right back though as Carter Hogue would score on a rushing touchdown. Los Al’s Offense was just too much tonight as they didn’t punt until the 2nd quarter. Henderson would find the endzone once again. Griffins would go into the 2nd up 14-7.

3rd Quarter: Edison needed to get things going quickly as Parker Awad would open it up for the Chargers and put up 7. Griffins though were just too much as they add another 7 to their lead. Then Makai Lemon would seal the game for the Griffins on an intervention in the end zone.

4th Quarter: Los Al would continue to pull away as they would go on to win this one 52-27

Our reporter Caleb Kelly caught up with tonight’s JPWest Media Player of the Week Nominees, Malachi Nelson and Makai Lemon