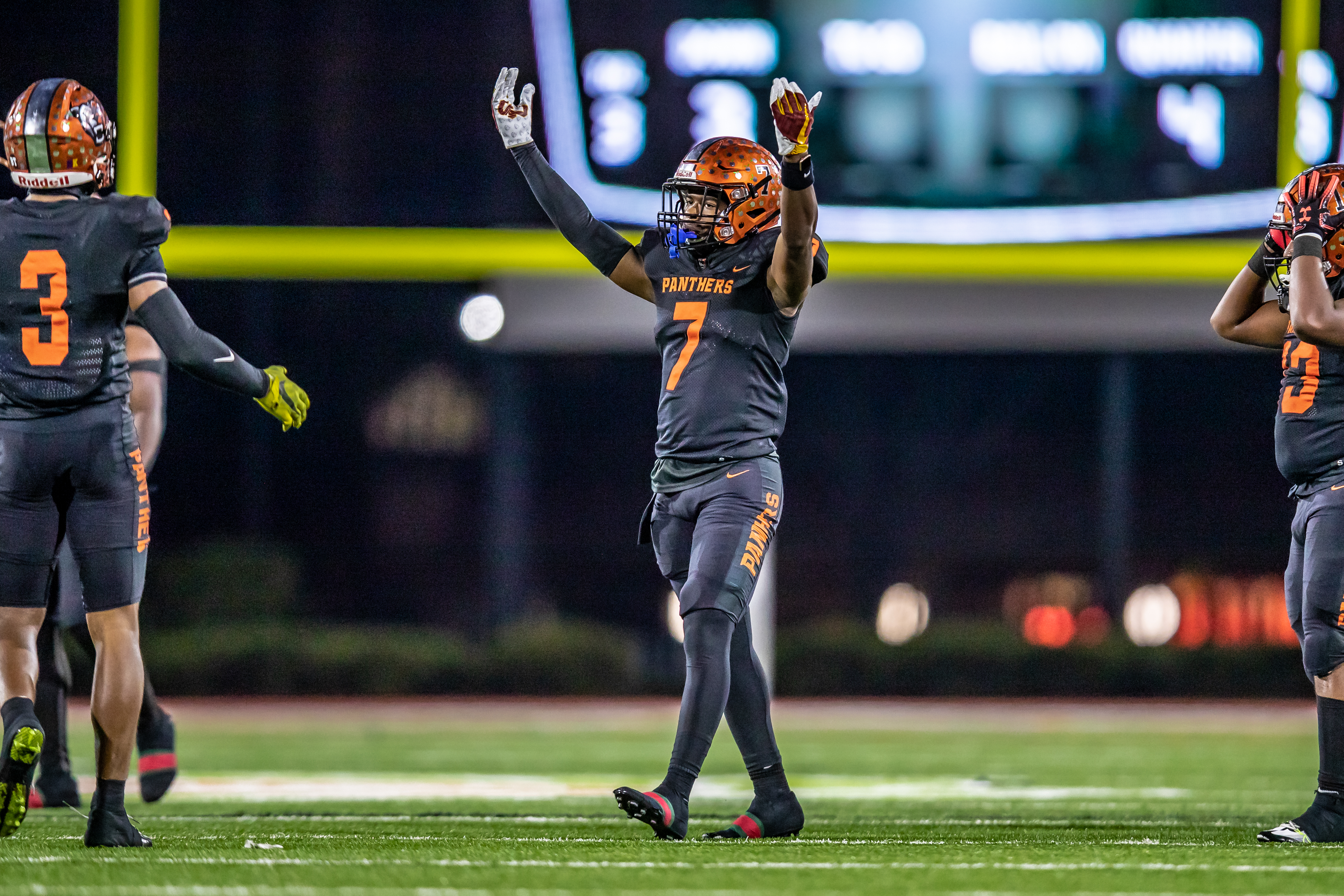 ORANGE, CA- It was time for Saturday Night Football at Fred Kelly Stadium in the CIFSS Division 6 Round 1 Playoff Game between the Huntington Beach Oilers and the Orange Panthers.

2nd Quarter: Huntington Beach would start off the 2nd on a huge catch by AJ Vandermade to get into the red zone and then would follow it up with Jaxson Brown once again. HB’s defense would come out and stop the Panthers offense to give the ball back as Jaxson Brown would go for the hat trick in the 1st half with 3 rushing touchdowns. Oilers would go for the squib kick and the Panthers would get a good return out of it with 4 seconds left to throw the ball up to Centrell Wise for the touchdown to help Orange go into the locker room up 28-21.

3rd Quarter: Orange would recover the onside kick to start the 2nd half but the Oilers defense would continue to show what they are about with a huge stop.

4th Quarter: Nick Gentillela and Jaxson Brown were having a night for the Oilers as Gentilella would make another great catch and Brown would follow it up with his 4th rushing touchdown of the night.

For the Oilers, a heartbreaking close OT loss puts an end to their great season.

GAME RECAP: Orange Lutheran comes back to get Revenge in a Thriller to Advance in the Division 1 Playoffs
TOP PHOTOS: CIFSS Round 1