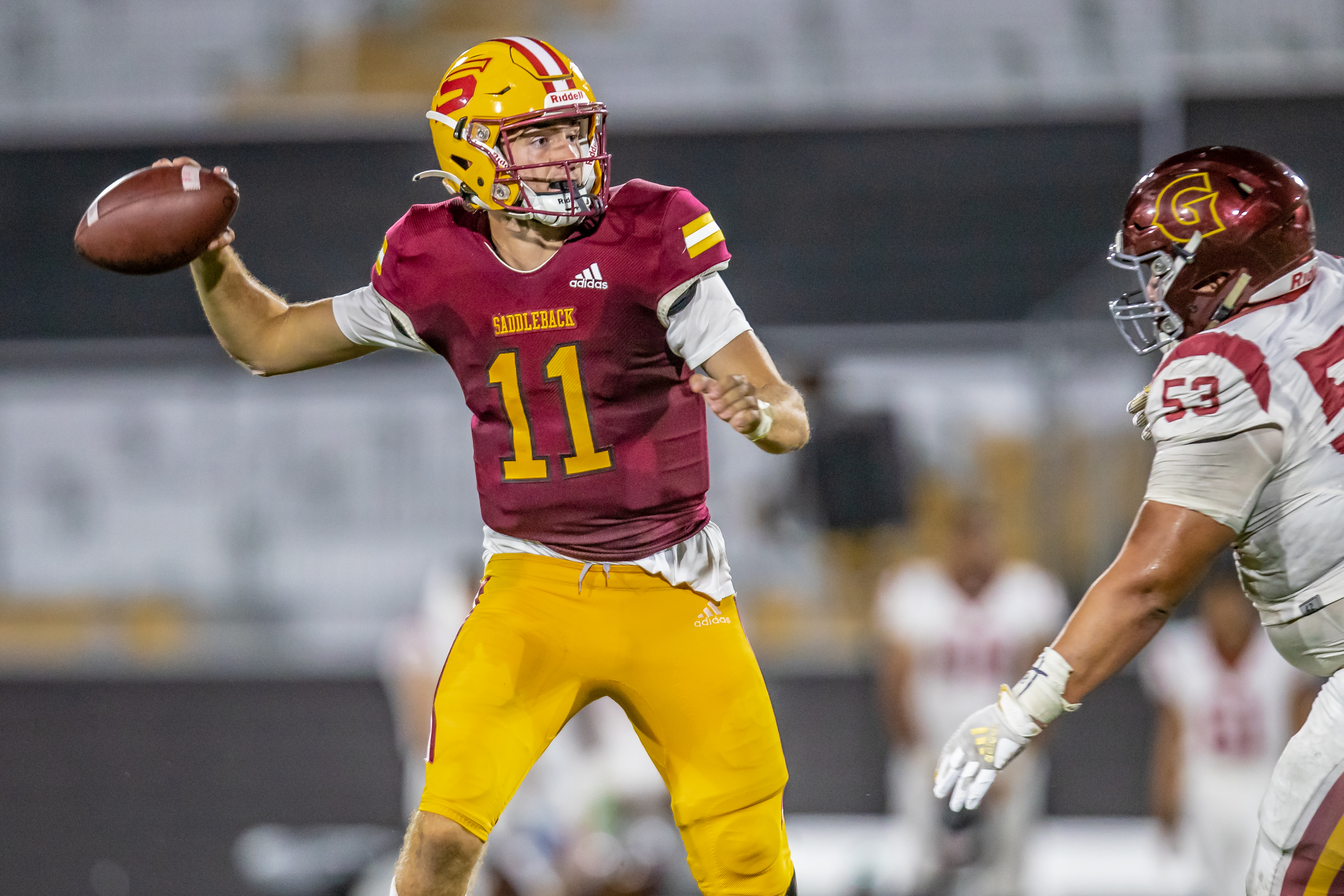 On the campus of Golden West College for the Battle of the Bell that featured Golden West taking on Orange Coast in the season opener.

Orange Coast got things started from Brandon Cannella’s pass to Max Difilippo but Malakai Martinez and Golden West was just too much for the Pirates shutting them out the rest of the way putting up 41 points to keep the Bell in Huntington Beach.

Golden West will host 1-0 Palomar next Saturday at 12pm

It was a doubleheader for us as the Saddleback Bobcats hosted the Glendale Vaqueros in their season opener. Last season Saddleback pulled away and opened the Coach Crabb era with a 58-12 win.

Glendale got off to a fast start, first drive, 2nd play, Nicholas Garcia connected with Artis Cole for a 75 yard bomb. Saddleback would answer right back though off Kenny Manaserro’s 2 yard run. First half however featured back and forth the whole way but it was Glendale going into the locker room up 16-10 at the half.

Saddleback knew what they had to do by fixing their mistakes and bounced back off a strong 2nd half putting up 20 points with touchdowns from Daniel Stokes and Zachary Roebuck. Saddleback wins the season opener at home 30-16.

Saddleback is on the road next week as they travel to Mt. San Antonio College at 6pm on Saturday September 10th.

For Glendale they head back on the road to face Victor Valley in Victorville at 6pm.