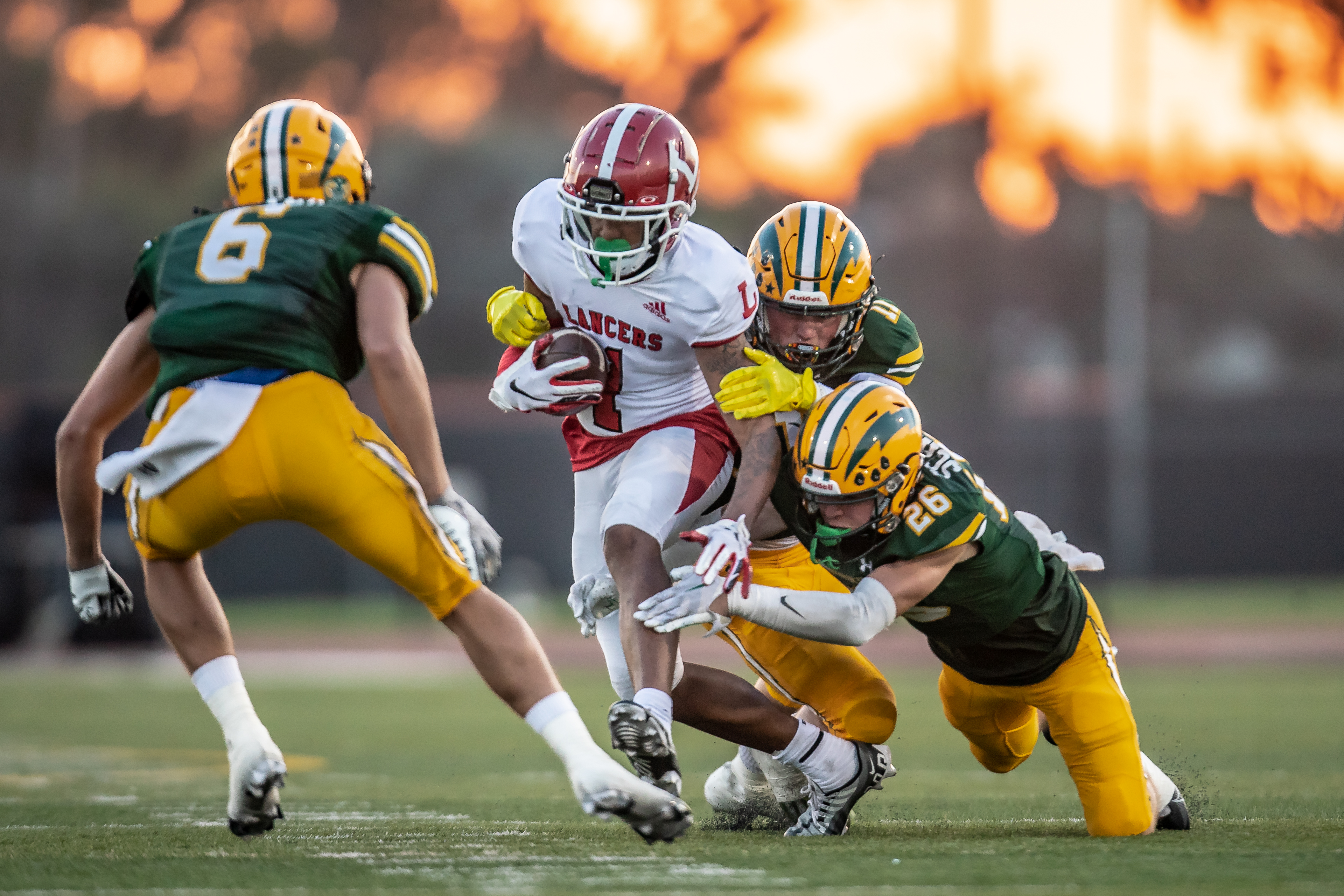 HUNTINGTON BEACH, CA- Back on the campus of Huntington Beach HS at Cap Sheue Field. It featured the 2-0 Edison Chargers vs the 2-0 Orange Lutheran Lancers. The Lancers coming off back to back wins over the Chargers and Edison came into tonight hoping for a different outcome.

1st Quarter: This was definitely a defensive game, both teams starting off 4 and out on their first drive. Orange Lutheran would end the 1st quarter though on a huge 23 yard reception by Ben Alefaio.

2nd Quarter: Lancers would strike first on a short pass from sophomore Quarterback, TJ Lateef extra point was blocked however by Edison’s Jackson Irwin. Edison would answer right back with 2 field goals going into the half on a huge save by Ashton Hurley jumping up and blocking the ball at the goal line.

3rd Quarter: Lancers would get the ball to start the 2nd half but the Chargers got out on a fast pace with a huge pick by Dominic Lopez and Edison’s offense would answer with a psssing touchdown from a perfect 36 yard through from Parker Awad to Ashton Hurley putting the Chargers up 13-6. TJ Lateef and O Lu would find themselves back in it with a 20 yard touchdown to tie the game up at 7.

4th Quarter: Edison started fast and finished in that same mindset, as Parker Awad threw another huge touchdown to Mason York for a 60 yard touchdown but Edison wasn’t done there as Carter Hogue picks off TJ Lateef to put the Chargers back on offense, Carter would then follow that with 2 rushing touchdowns of his own giving the Chargers a huge victory over Orange Lutheran to start the season 3-0.